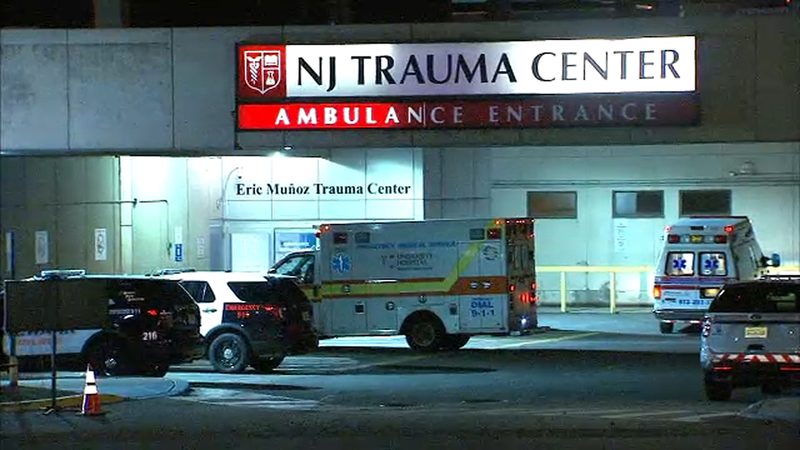 NEWARK, New Jersey (WABC) -- A nurse at Newark's University Hospital is in critical condition after being stabbed Sunday night just steps away from the emergency room.

It happened around 7:45 p.m in the parking lot near the corner of South Orange Avenue and Bergen Street.

The victim, in her late 60s, was walking to her car when a man approached her and attempted to rob her.

He stabbed her in the stomach before running away.

"She's a good woman, she didn't deserve this," said Rahim Brown, the victim's colleague.
The woman was able to stumble back into the hospital where she was rushed to surgery.

She is listed in critical but stable condition.

The victim has worked at the hospital for 25 years. She's spent a quarter of a century bringing joy to families in the labor and delivery ward.

Sources say the hospital has an extensive camera monitoring system and authorities are examining the video for clues.

Staffers at the hospital have been complaining about safety and security, especially at night around the facility and in the parking lot.

"It's an open parking lot. That's the concern. We would like to have more security involved, patrolling, etc..," said Cynthia McDougall, Nurses' Union.

"Rutgers Police should have someone stationed here when we get out. Administration leaves at 4, 5, but what about the rest of us," Brown said.

The union tells Eyewitness News they are going to meet with administrators on Tuesday to talk about safety issues.

The meeting was scheduled before the nurse was attacked, but of course, those security concerns are all the more urgent now.