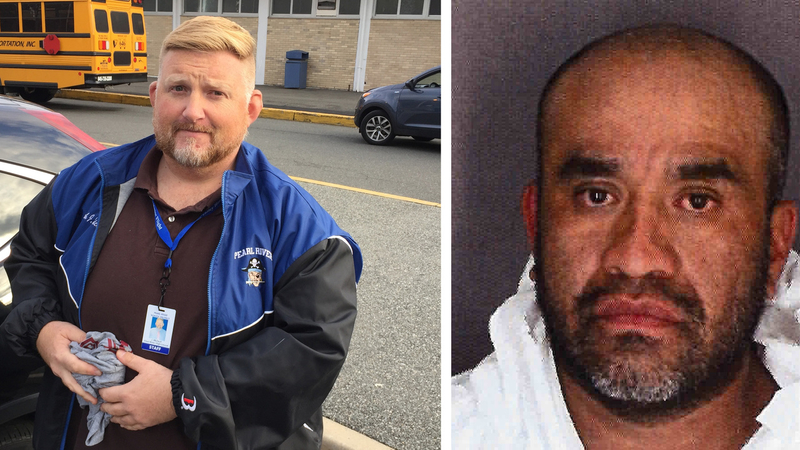 HASTINGS-ON-HUDSON, New York (WABC) -- A high school teacher and coach is being hailed a hero after he came to the aid of woman who had been stabbed multiple times.

Jeff Michael was driving home Monday night when he encountered the 38-year-old victim who was standing and waving in the middle of Saw Mill River Road in Hastings-on-Hudson.

"Help! He stabbed me and is going to kill me!" Michael says the woman screamed as he pulled over.

Michael, who teaches and coaches hockey and track at Pearl River High School, rolled up a team t-shirt that was in his car and used it to apply pressure to her abdomen.

Police say the victim had been stabbed 17 times with an ice pick by her ex-boyfriend during an argument while in her car.

He is charged with attempted murder and is being held on $200,000 bail.