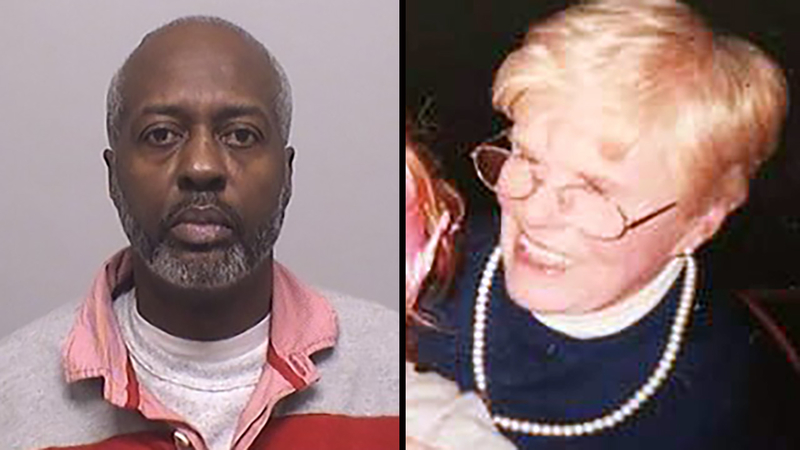 STAMFORD, Connecticut (WABC) -- Police have charged a man in the murder of a 93-year-old woman in Connecticut.

Isabella Mehner's body was found at the bottom of a staircase leading into the basement of her Cove Road home in Stamford on September 25, and family members initially believe she had fallen down the stairs.

Robert Simmons, 51, is charged with murder, felony murder and home invasion. He was already in custody on an unrelated warrant at the time of his arraignment Wednesday morning.

Police said Simmons showed up to Mehner's home, beat her in the head and left her lifeless body at the bottom of the stairs.

Mehner lived alone, and police said her family became concerned when they couldn't reach her by phone, so they visited the home. When they arrived, they discovered her body.

"We knew something was wrong right away," son Roy Mehner said. "The door would never be open, and there would be a light on upstairs. Everything was black."

The medical examiner determined that the injuries she sustained were not consistent with a fall, and the case was classified as a homicide.

Authorities say numerous pieces of evidence linked Simmons to the crime, and they do not believe this was a random act of violence as the suspect was familiar with the victim and her home from some previous "odd jobs" for which he had been hired. Police were able to see Simmons going onto the property at the time of the crime after reviewing video surveillance.

"She's 93 years old," he said. "Why would you do something like that? It's just terrible."

Neighbors were equally shaken, saying Isabella was a "nice human being" who was frequently seen tending to her garden.

"This is a shock," neighbor Christine Klein said. "It's hard."