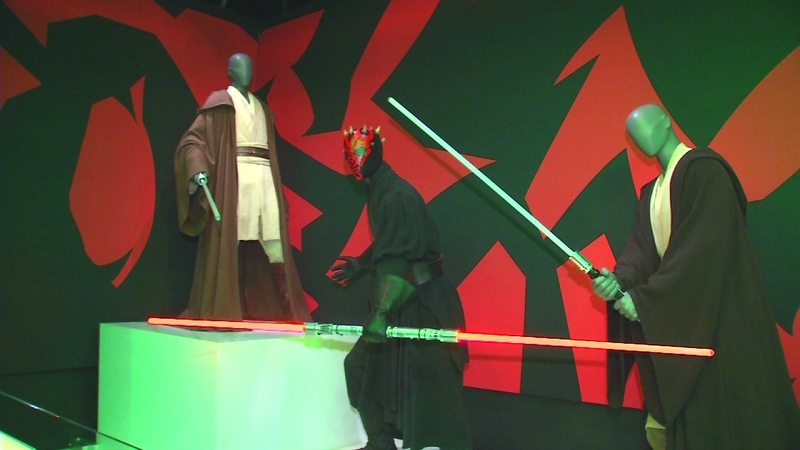 NEW YORK (WABC) -- When Star Wars blasted onto the screen back in 1977, who could have predicted it would cross over generations of fans and still captivate young and old audiences alike? Looking back, it really does seem like a long time ago in a galaxy far, far away...

Nearly 40 years later, as the whole Star Wars saga has endured the test of time, "Star Wars and the Power of Costume: The Exhibit" is underway at Discovery Times Square. The exhibit opened a month ahead of the release of " Star Wars the Force Awakens," the next chapter in the beloved sci-fi fantasy adventure.

The exhibit aims to show any fan, from newbie to die-hard, a behind the scenes look at how those costumes ended up being worn by some of the most iconic characters in film history.

Teresa Brady, Senior Press Director for Discovery Times Square, says the exhibit captures the artistry and creativity that went into the costume designs.

When visitors come, they'll see the unique behind the scenes stories through original influences like Japanese Samurai culture and World War II military attire. A collection of original sketches, fabrics, and archive footage helps transport fans through the entire process from concept to completion.

More importantly, Brady says Star Wars is multi-generational and the exhibit is as much an educational experience as it is an entertainment experience.