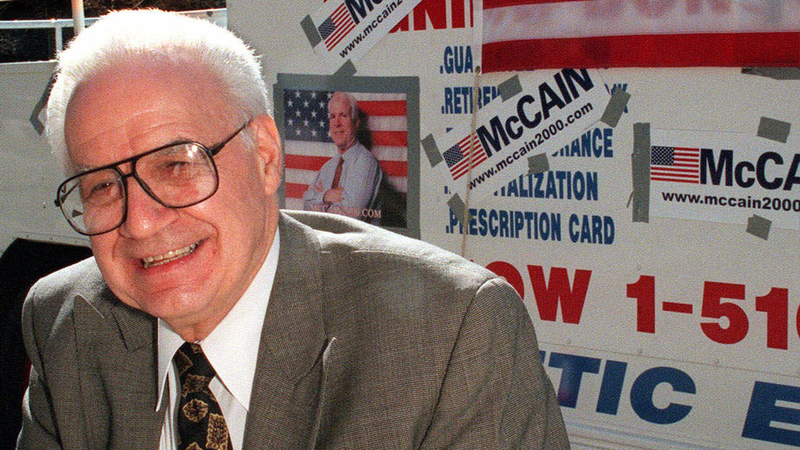 NEW YORK (WABC) -- Guy Molinari, a larger than life figure on Staten Island where he served as congressman and borough president, has died. He was 89.

Molinari, a Republican who started in politics as a state assemblyman in 1974, was elected to Congress in 1980 and then became Staten Island borough president in 1989.

Officials say he had been ill.

"The Staten Island Republican family is saddened by the news of the passing of former Congressman, Borough President, and Assemblyman Guy Molinari," said Brendan Lantry, Chairman of the Staten Island Republican Party. "Guy was, simply stated, a larger than life figure here on the Island and throughout New York. He was a mentor to dozens of young, eager Republicans who have risen up the ranks over the years. His numerous accomplishments for the people of Staten Island will live on for generations. Our prayers are with Susan and the rest of the Molinari family at this difficult time."

Other public officials who offered condolences:

Few public servants in New York City fought with more passion for their borough than Guy Molinari. His impact will forever be felt on Staten Island and across our city. Our thoughts are with his family and loved ones today.

Congressman Dan Donovan released a statement, saying, "I offer my deepest condolences to Susan and the entire Molinari family on the loss of their beloved patriarch, Guy. As a Marine and dedicated elected official, Guy served our nation and Staten Island with distinction. He left an indelible mark on Staten Island that inspired countless others to a calling of public service. His legacy will long outlast his remarkable life."

Michael Grimm, who had long considered Molinari a mentor

Keep the Molinari family in your prayers today. The world lost its toughest Marine this morning. Rest in peace, Guy. You will always be in our hearts. pic.twitter.com/bZmIDUKxRf

Deeply saddened by the passing of my friend, former #NewYork Congressman Guy Molinari. Guy dedicated his life to public service - as a proud Marine, in Congress & across local gov't. Cindy & I send our prayers to Guy's family & friends during this difficult time.