Steven McDonald eulogized at funeral as hero for forgiving shooter

MIDTOWN, Manhattan -- Steven McDonald, a police officer best known for forgiving a teenage gunman who left him paralyzed in 1986, inspired New York City by choosing a spiritual journey over self-pity and spite, Mayor Bill de Blasio and others said Friday. 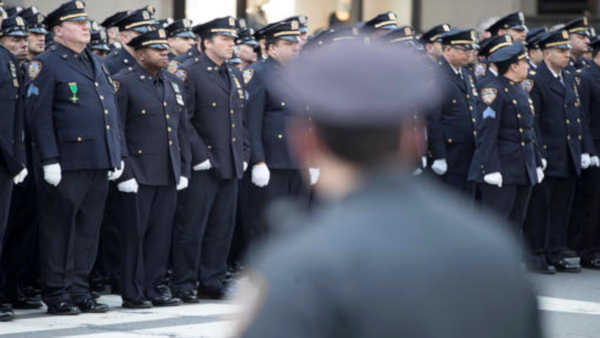 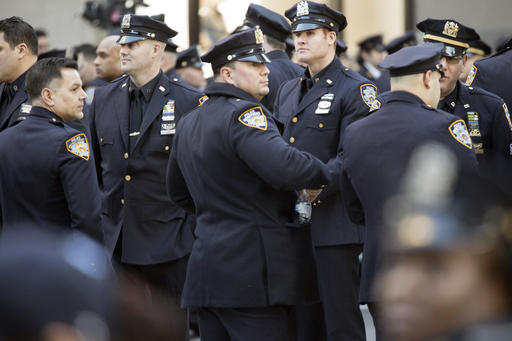 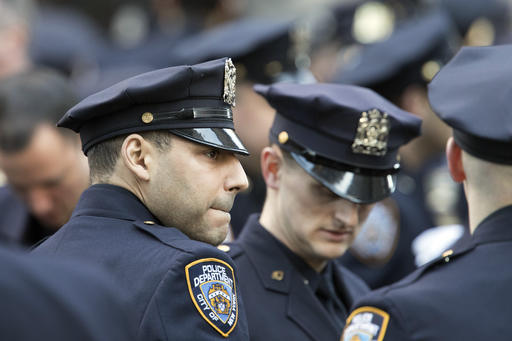 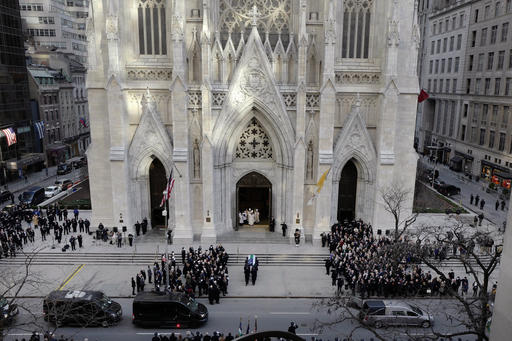 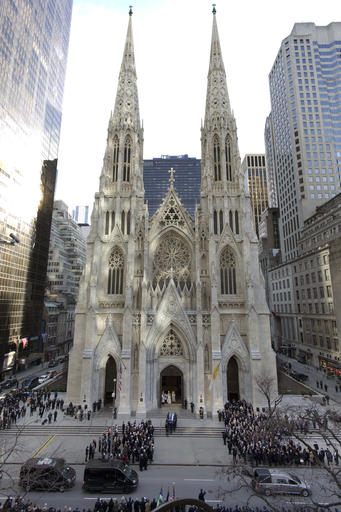 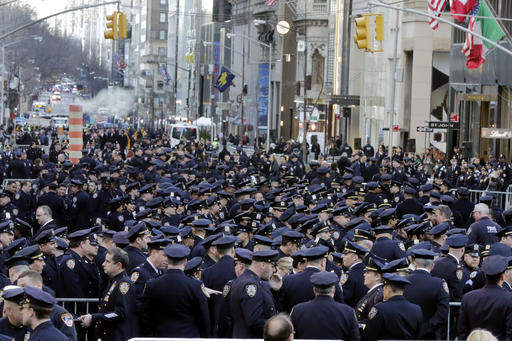 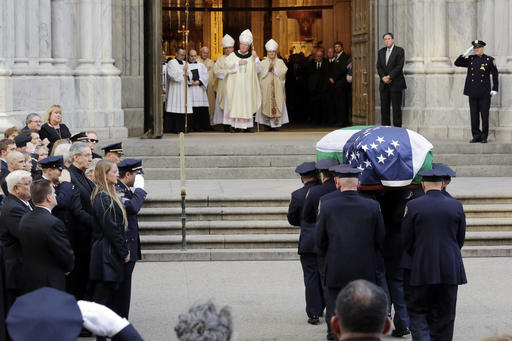 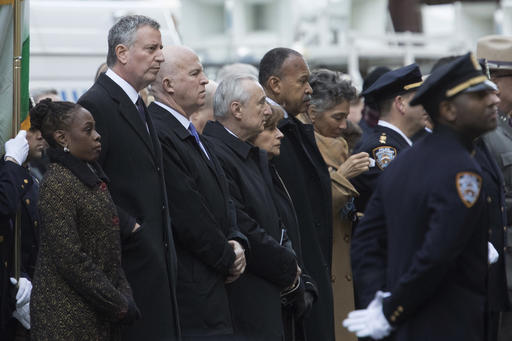 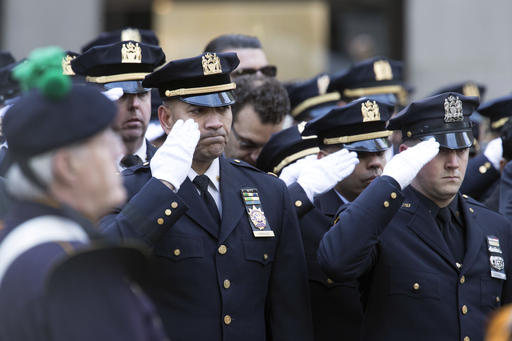 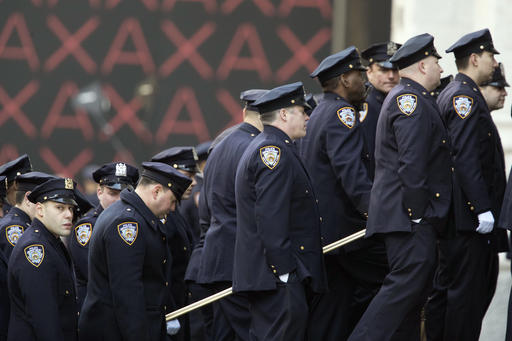 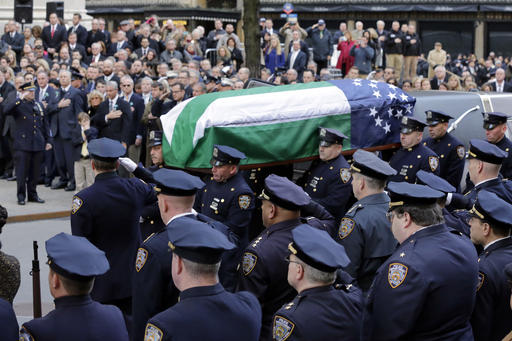 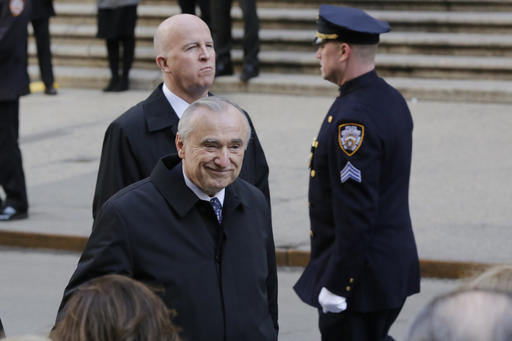 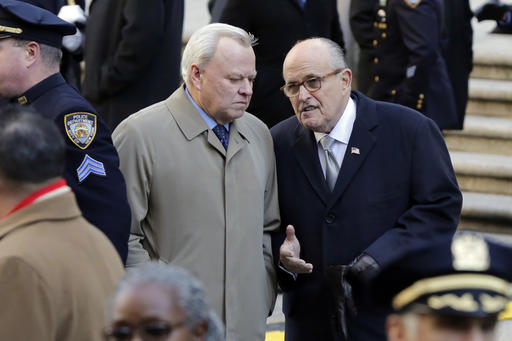 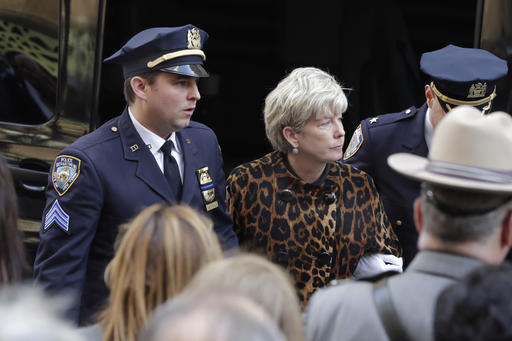 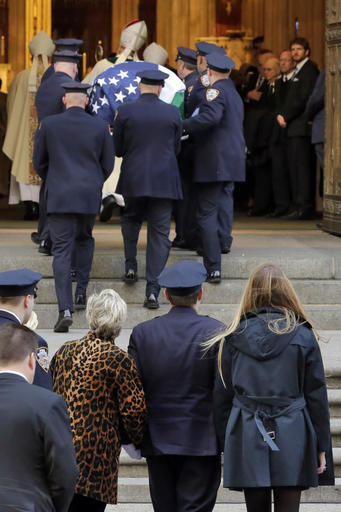 McDonald's "road on his earth was not easy but he showed us what we need to know," de Blasio told McDonald's widow, Patti Ann, police officer son and other mourners packed into St. Patrick's Cathedral for Friday's funeral. "Now we have an obligation to tell his story across this city and all across his nation, especially at this time."

The officer was a role model at the New York Police Department, the nation's largest, Police Commissioner James O'Neill said in his eulogy.

"What we can learn from Steven's life is this: The cycle of violence that plagues so many lives today can be overcome only by breaking down the walls that separate people," O'Neill said. "The best tools for doing this, Steven taught us, are love, respect, and forgiveness."

His son, Conor - who is the same age his dad was when he was shot and now a fourth-generation officer - was interrupted by three ovations as he described his father as a "real superman." He could count on his father to call him at 5 a.m. every morning to check in before his son would go on patrol, he said.

The procession as it left Long Island:

"He was the greatest man I could ask to be my father," he said.

"I want to make one thing clear, Steven McDonald meant more to the New York Rangers and our fans than we could ever mean to him," Graves said.

Pallbearers removed the officer's casket from St. Patrick's to the sound of church bells and the salutes of hundreds of uniformed officers. Eight police helicopters flying in formation also swooped in tribute over Fifth Avenue.

McDonald, 59, who suffered a heart attack last week, died at a Long Island hospital on Tuesday. He had remained on the New York Police Department's payroll as a detective until his death, but was best known as an international voice for peace and a source of support for other wounded police officers.

McDonald was on patrol on July 12, 1986, when he spotted bicycle thief Shavod "Buddha" Jones and two other teenagers in Central Park. When he moved to frisk one of them, the 15-year-old Jones shot McDonald three times, with one bullet piercing the officer's spinal column and leaving him paralyzed from the neck down.

About six months later, with McDonald still struggling to recover, he made a statement about Jones through his wife that defined the rest of his life: "I forgive him and hope he can find peace and purpose in his life."

In the years following the shooting, McDonald met with Pope John Paul II and Nelson Mandela, and sat for an interview with Barbara Walters. He also took his message of forgiveness to Israel, Northern Ireland and Bosnia.

After Jones was sentenced to 10 years in prison for attempted murder, McDonald spoke of his hope that the pair would go on speaking tours together to offer a mutual message of peace. But shortly after Jones' release from prison in 1995, he died in a motorcycle accident.

WATCH THE PROCESSION AND FUNERAL SERVICE BELOW: