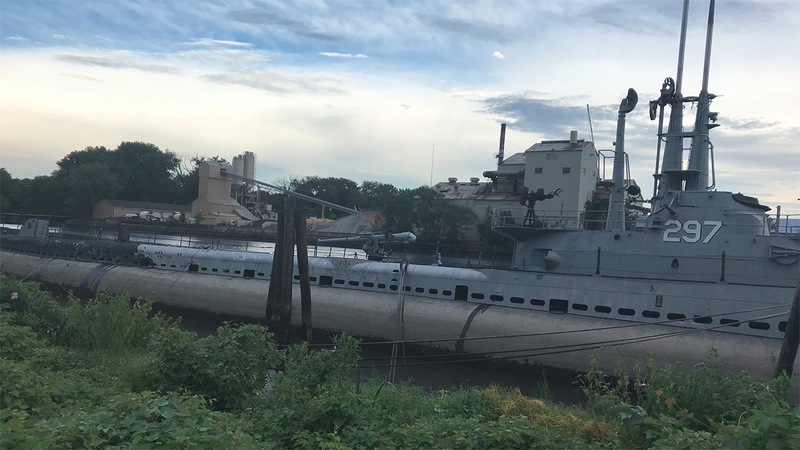 HACKENSACK, New Jersey (WABC) -- Police in Hackensack, New Jersey are looking for the individual or individuals responsible for vandalizing a World War II relic at the New Jersey Naval Museum.

Brown said someone pried open the submarine's hatches in the last 72 hours, allowing it to fill with water and destroying the artifacts inside.

"A lot of these things are one of a kind now from World War II and all of that stuff is destroyed now," Brown said. "It's very unfortunate."

On Monday, a museum caretaker had discovered another instance of vandalism.

Four bronze plaques to honor fallen Naval Seamen had been stolen from a memorial near the submarine.

A Hackensack Police spokesperson described the incidents as "disgraceful" and said detectives hope, "to locate and prosecute those responsible."

"That's terrible," said Chris Finley, who had come from North Carolina to visit the U.S.S. Ling. "That's our history right there."

"It's stupidity. That's what it is," said Gary Zdan, who remembers taking his kids to visit the museum and submarine when they were small.

After hosting tours for decades, the U.S.S. Ling closed to visitors a little over two years ago when the pier leading to the submarine fell apart.

The New Jersey Naval Museum closed shortly after around the time its lease ended in 2016.

Tuesday marked the final deadline to remove anything from the property. "It's sad," Brown said. "This has gone on for a long time."

The U.S.S. Ling will remain closed but will not be relocated as part of the eviction. It's estimated that moving it would cost millions of dollars.