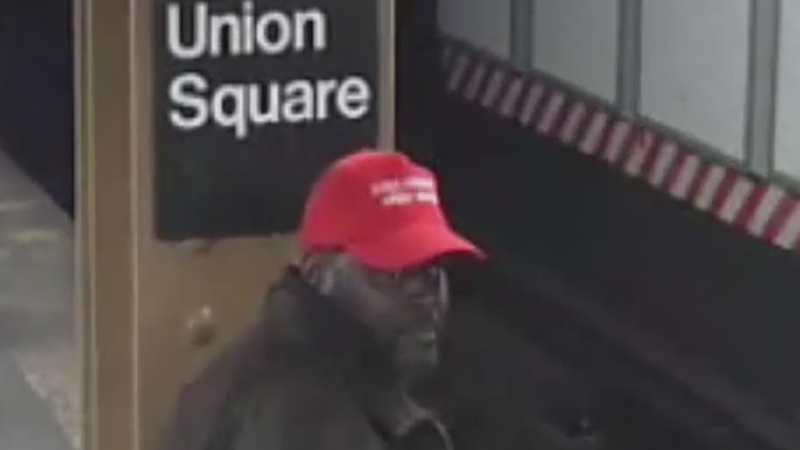 UNION SQUARE, Manhattan (WABC) -- Police are searching for a man wearing a 'Make America Great Again' hat and shirt in connection with an assault at a Manhattan subway station.

Police say the suspect got into a verbal dispute with another man at about 8:15 Friday night while on board a northbound 4 train approaching the Union Square/14th Street stop.

During the dispute, police say the suspect made multiple derogatory statements about the ethnicity of the victim, described as a 24-year-old Hispanic man.

He followed the victim when he got off the train at 14th Street and punched him on the head multiple times while on the 4 train platform.

He then pushed the victim to the track bed before fleeing to the Brooklyn-bound L train platform, police said.

The victim was helped up onto the platform by his friend and another person and was transported by EMS to an area hospital for treatment of a laceration to his head that he sustained when he fell onto the tracks.

The incident happened a week after police said a tourist was robbed at knifepoint at the Union Square subway station because of his "Make America Great Again" hat.