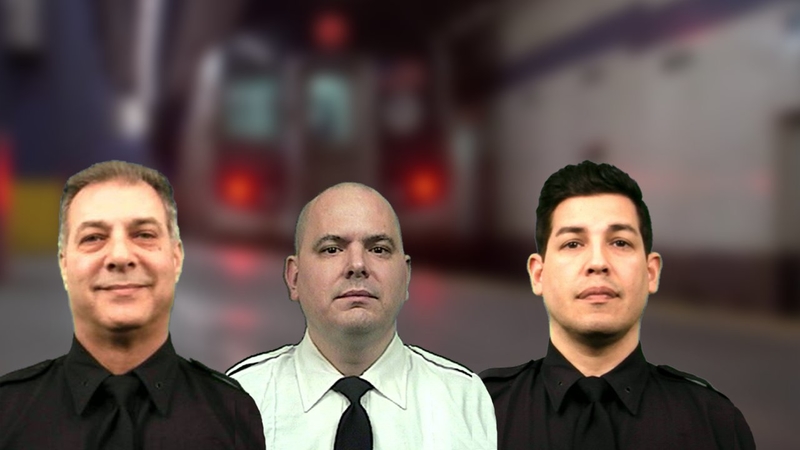 Around 7 p.m., three New York City Police Department officers were finishing bag checks at the Times Square subway station when they saw a crowd and heard a woman yelling that someone had fallen on the tracks.

Lt. William Moore, and officers Anthony Tufano and Richard Aponte went into the crowd to investigate.

Aponte used a flashlight to signal an oncoming train to slow down. Tufano grabbed Moore's jacket to support him and Moore reached down to the tracks, and grabbed the man who had fallen.

Once he had pulled the man up, Moore asked the man if he had fallen because he was dizzy or ill.