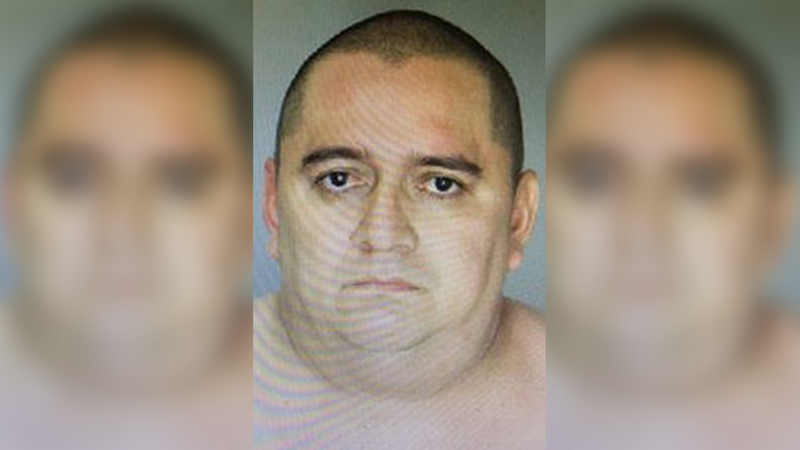 SUFFERN, New York (WABC) -- Police had to use a Taser to subdue a man who went on a rampage inside a church in Suffern Sunday morning.

The incident happened at the Sacred Heart Church around 6:30 a.m. A 911 call reported some type of disturbance, and the first officer to arrive on the scene observed an unknown male slapping another person in the face in front of the church.

When the officer exited his vehicle, authorities say the suspect began to move towards him in an aggressive manner, telling the officer to shoot him.

The officer used his Taser on the suspect, later identified as 44-year-old Santiago Brito-Avalos, and subsequently took him into custody.

The investigation revealed that Brito-Avalos had apparently left items, including a cell phone and wallet, in the church the night before and came inside to retrieve it. He obtained the items from a 74-year-old employee who had just opened the church.

"He left, then he came back," Monsignor Joseph Giandurco said. "First he was smiling, and then he started to assault."

For an unknown reason, right after receiving his property, he allegedly grabbed the employee by the neck, started to choke him, and punched and kicked him several times.

"The sexton is trying to ward him off, but apparently the man kicked him, he threw his cell phone at him, and then he pulled his hair, and it looks like banged his head against the wall," Giandurco said.

The victim was knocked to the ground during this attack and suffered injuries to his head, face, arms and legs.

"He's kicking the door trying to get out," Suffern Police Chief Clarke Osbourne said. "And the guy grabs him by the hair, pulls him back in, and continues to kick him."

Police say the suspect then ran into another room in the church and picked up a large religious statue, which he used to smash a 75-year-old custom stained glass window. He then continued to damage items, including a microphone on the alter, a hymnal book, candles and a painting.

"It was right in front of that window," Giandurco said. "And he just went in there, took it and bashed the window, and let the statue fall."

He then fled the building, authorities say, stopping to strike a 76-year-old Sloatsburg man who was outside the church warning parishioners not to go inside.

"Then apparently on his way out, he punched or slapped somebody in the face," Giandurco said. "And that's when the police saw him."

He was then subdued and arrested by the officer.

The two victims were treated and released from Good Samaritan Hospital. Brito-Avalos was charged with felony criminal mischief, assault and harassment, and the investigation is ongoing.