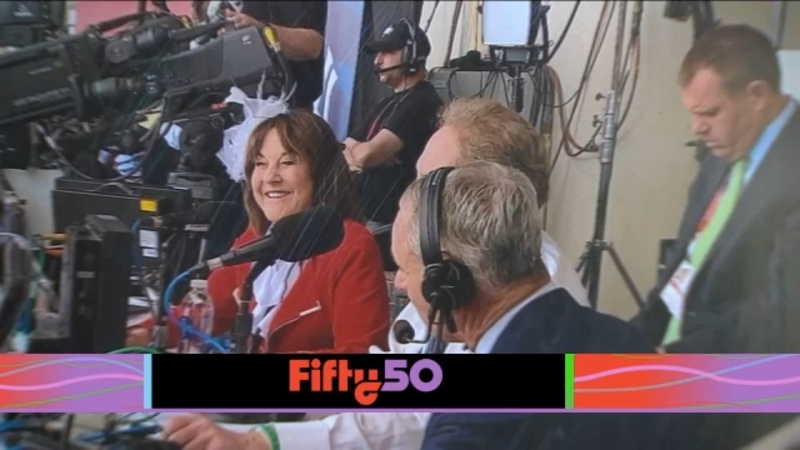 NEW YORK -- You hear her on New York Yankees broadcasts - a trailblazer as the third woman in MLB history to serve as a full time commentator in the booth.

Suzyn Waldman's broadcasting career has spanned more than three decades. Waldman is a pioneer in the industry opening the door for many women in sports.

Her career in sports wasn't what she had originally set out to do. She was an accomplished performer on the stage.

"The music changed, and I had to find something else to do with my life. The only other thing I knew was sports," Waldman said. "When I was on the road with shows, I would go to ballgames. How I would get in was to sing the national anthem for free."

So after putting together a sports update audition cassette tape, Waldman was hired by WFAN radio for its 1987 debut and was the first voice heard on the station.

It was groundbreaking, but some weren't ready for that.

"I don't think I ever really considered it blazing a trail, but it became that because I truly didn't want anyone else to ever have to go through that," she said. "That was the days of snail mail. I would get used condoms and feces in the mail. Just awful stuff."

How did she find the strength to persevere?

"You become terrified," she said. "You also say to yourself, this is ridiculous. Nobody's going to get me away from this. I have something to contribute and I'm not cookie cutter and I'm not like everybody else."

She says we've come a long way -- but there's still more to go.

"I'm waiting for the day that when people turn on the radio they don't say there's a female," she said. "We should be background noise."