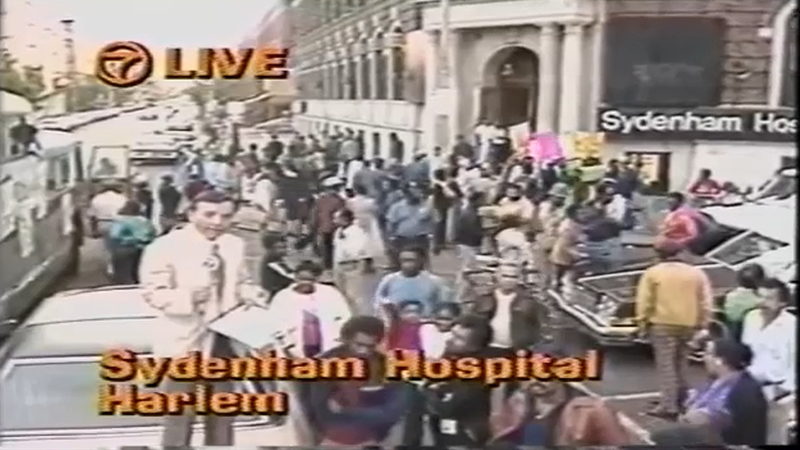 After New York City Mayor Ed Koch took office in 1977, he announced plans to close the hospital because of a severe economic downturn.

As Sydenham was about to be shut down, protestors stormed the hospital and initiated an occupation that lasted 10 days.

This clip is from Eyewitness News coverage of that protest.