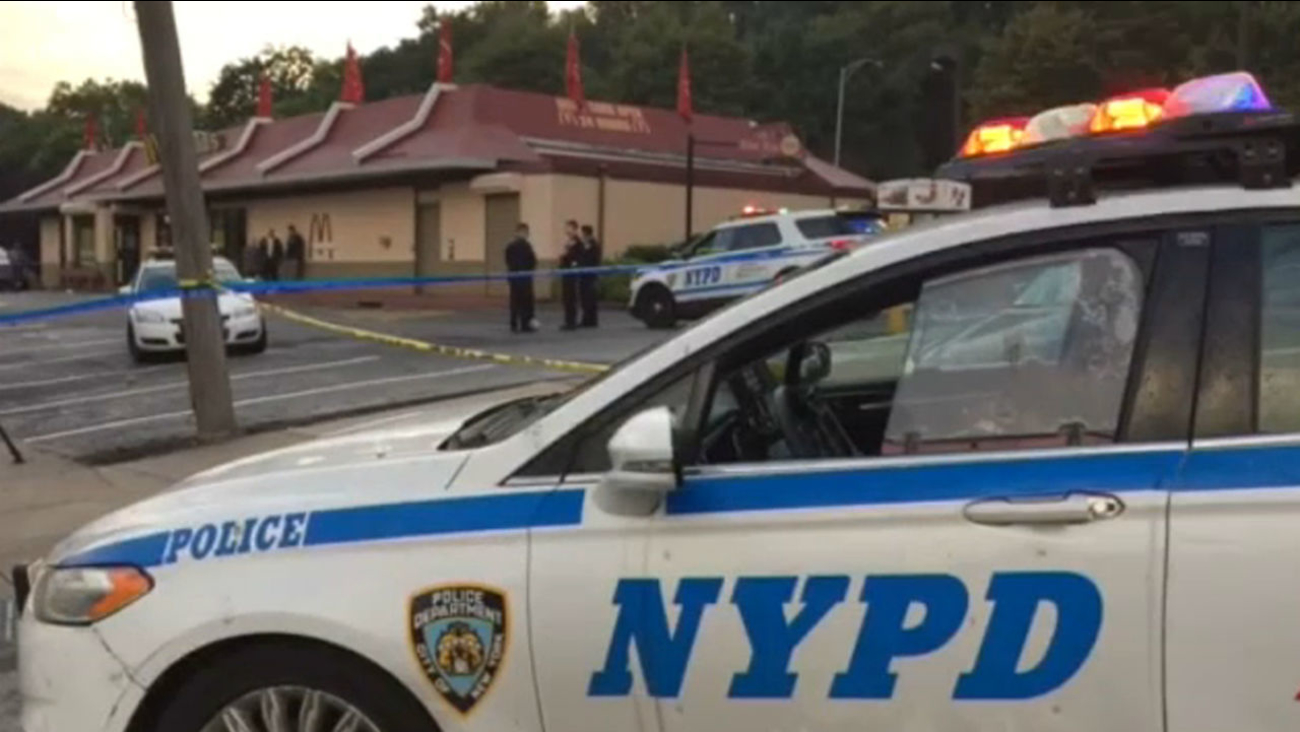 NEW YORK CITY (WABC) -- There's a new twist in the case of a reputed mobster who was gunned down while waiting in line at a McDonald's Drive-Thru in the Bronx last year.

Sylvester Zottola, 71, an alleged associate for the Bonanno family, was waiting for his food inside his SUV on the 1600 block of Webster Avenue in the Claremont section when multiple shots were fired in what police believe was an orchestrated hit.

Now, his son, 41-year-old Anthony Zottola, Sr., is among four people newly arrested on murder-for-hire charges in connection with an alleged plot to kill his father and brother.

Five people have previously been charged, and one person is still being sought.

Anthony Zottola is believed to have provided information to the rest of the group, and during one of the previous court hearings, prosecutors disclosed that a GPS tracking device was found on the undercarriage of Sylvester Zottola's car when he was murdered.

Authorities say it appears his son may have provided information about his father's whereabouts to help facilitate the hit.

The device was activated on September 29, 2018, just six days before Zottola was assassinated on October 4.

The alleged plot investigation involved not only the murder of Sylvester Zottola, known as "Sally Daz," but also an attempt to kill another son, 42-year-old Salvatore Zottola, who was shot several times on a Bronx street last year but survived.

Prosecutors have declined to indicate a motive for either shooting, but initial speculation is centered around Albanian gangsters seeking to take over Zottola's video gambling machine operations in the Bronx.

Some of the suspects initially charged were revealed to have ties to a gang that may have been hired to perform the hit.

In addition to Anthony Zottola, the following individuals were also arrested:

The four pleaded not guilty, and a judge rejected Zottola's application to be released on a $1.5 million bond, calling the evidence against him "overwhelming" and "stark". All four defendants were remanded.

Branden Peterson, aka "B" and "Mur B," is still being sought.