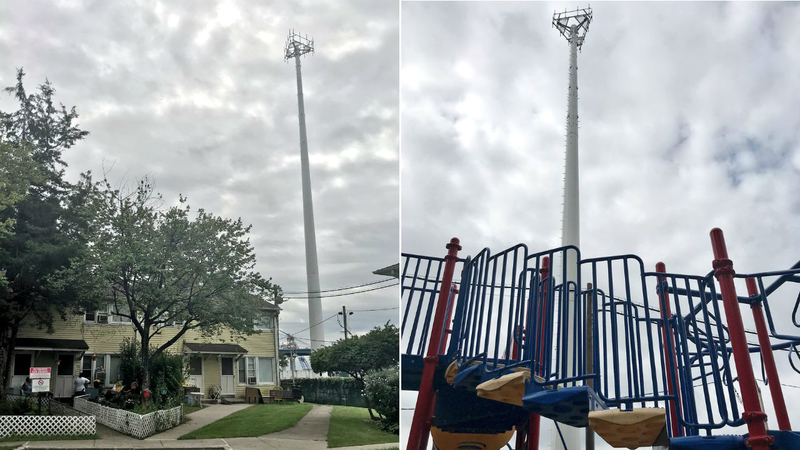 The MTA erected the structure on its property near the Tarrytown Metro-North station last Saturday.

The agency says the tower will help police and fire agencies better communicate during emergencies and natural disasters. But some residents question why the site was chosen directly next to low-income housing on Franklin Court.

"Why don't they put it where the rich people are?" Christobal Ledesma said. "They put it here because we're poor. I bet my life if there were millionaires here they wouldn't have built it here."
Because it is a state authority, the MTA isn't subject to local zoning laws that would require a clear collapse zone equal to the height of the tower.

At Franklin Court, there's a playground just a few feet away. An MTA spokesman says the tower exceeds building codes.

"It's stronger than many older wood or masonry buildings located throughout the town," MTA Deputy Communications Director Aaron Donovan said.

Tarrytown officials say they have fought against construction of the tower since plans were announced in 2015. They say they were caught by surprise by the sudden construction.

"We think it's ugly, we're not happy with it," Village Administrator Richard Slingerland said. "We don't like and we would prefer that Metro-North take it down and come up with a different plan."