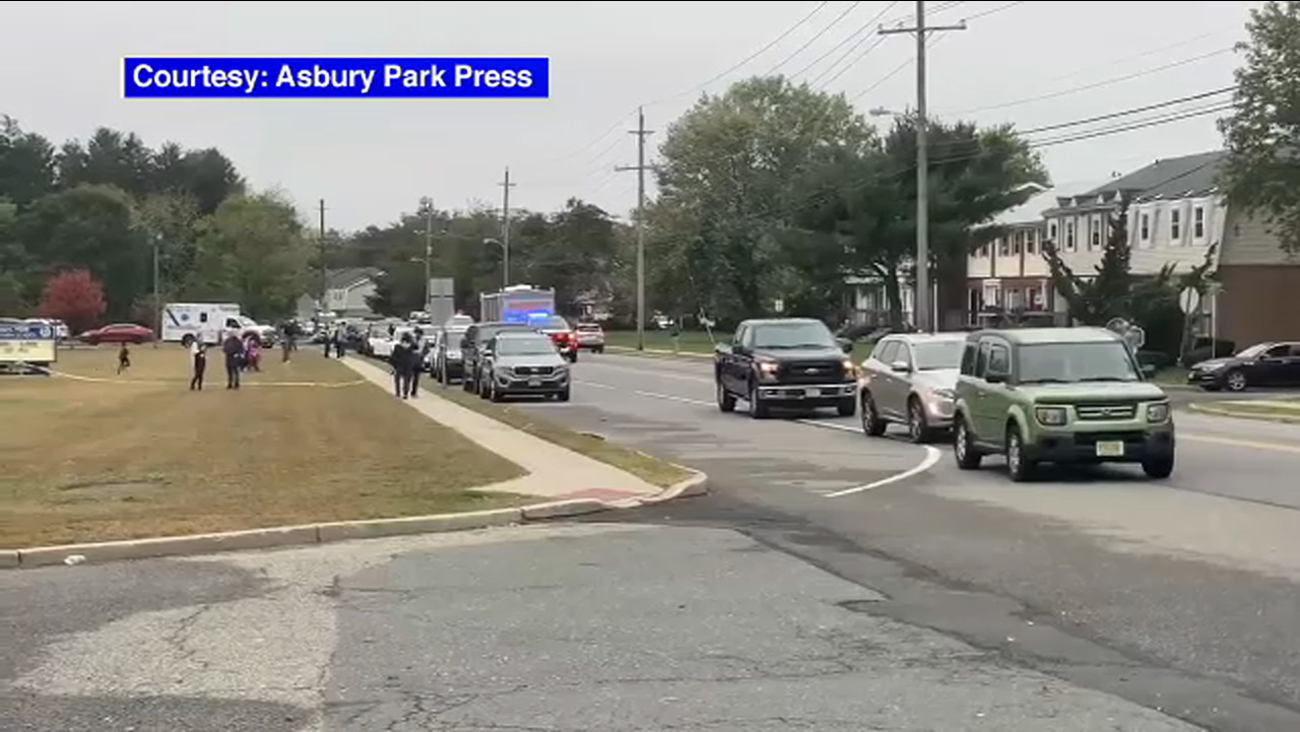 BRICK, New Jersey (WABC) -- A teenager has been arrested in a shooting near a New Jersey school that prompted a lockdown Tuesday.

Authorities announced Thursday that a 17-year-old juvenile taken into custody in connection with the shooting that occurred in Brick Township near Lanes Mills Road, just a quarter mile from Brick Memorial High School.

A 16-year-old student walking home with three friends was wounded, and he ran back to the school for help, sparking the lockdown at the high school and neighboring schools.

The school was checked and cleared.

The victim went to the hospital with his parents to be treated. Students were transported to a local middle school and released to their parents.

The juvenile, whose identity is not being released, is charged with four counts of attempted murder and weapons possession.