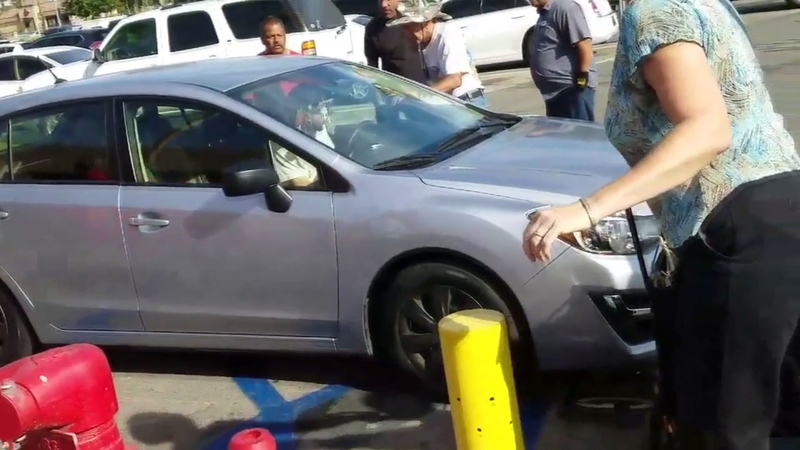 TEMECULA, California -- Witnesses at the scene of a suspected domestic violence incident captured video of a man trying to run over Good Samaritans who were helping the victim in California.

Authorities said the incident happened around 10 a.m. on Ynez Road in the parking lot of a Food 4 Less grocery store in Temecula. They responded to multiple reports of a man being physical with a woman.

Witnesses stepped in to try to protect the woman. At some point, one of the Good Samaritans took a video, which shows the man getting in a car and attempting to run over some of them with the vehicle.

People are seen kicking and trying to punch the driver's side window as he backs up, almost hitting a woman who fell down behind the car, and speeds through the parking lot. He attempts to exit and is eventually caught by authorities.