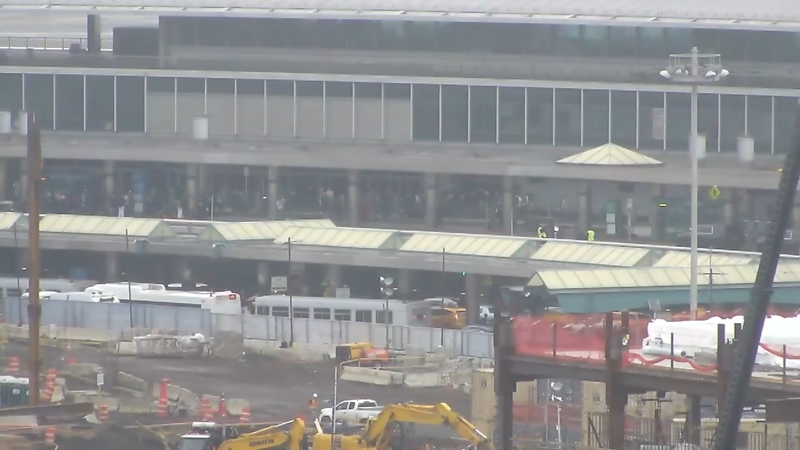 EAST ELMHURST, Queens (WABC) -- A man was arrested at LaGuardia Airport Saturday morning after police say he threatened an airline employee with what he said was a bomb.

Police say the man got into an argument with a Spirit Airlines employee at Terminal B.

The suspect told the employee he was coming back with a bomb and then returned a short time later carrying a bag, according to the NYPD.

The ticketing area of Terminal B was temporarily evacuated.

The NYPD Bomb Squad was called in as a precaution to identify the package.

The suspect, identified as 70-year-old John Park of Farmington, Michigan, was quickly taken into custody.

No explosive was found and no one was injured.

The Port Authority said the airport was functioning normally by 9:30 a.m.