What we know about the man who shot, killed Texas church attacker 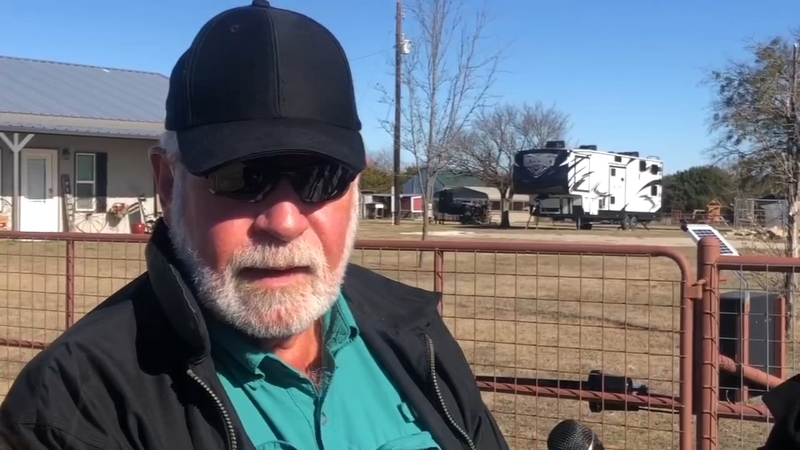 WHITE SETTLEMENT, Texas -- Sunday's shooting at West Freeway Church of Christ is one that put Jack Wilson in a position he says he hopes no one will ever have to be in.

Wilson was identified as one of the two church members who, within six seconds, helped take down the shooter during Sunday service. Video of the shooting, which was recorded on the church's livestream, shows people panicking

"I don't see myself as a hero," Wilson said. "I see myself as doing what needed to be done to take out the evil threat, that's the way I approach. Like I said earlier that's how I am processing this whole event."

Wilson, who is running for Hood County Commissioner for Precinct 3 and is head of security of the church, took to Facebook to say thanks to those who sent their prayers.

"The events at West Freeway Church of Christ put me in a position that I would hope no one would have to be in," he wrote. "But evil exists and I had to take out an active shooter in church."

During a press conference, Texas Attorney General Ken Paxton added that not only did Wilson shoot the suspect, but he also trained other members in the church to shoot.

The shooting claimed the lives of two victims, including Anton "Tony" Wallace, who was a deacon at the church and had just passed out communion when the gunman approached.

Officials have not released the name of the gunman but are working to identify his motive for the shooting.
Report a correction or typo
Related topics:
deadly shootingtexas newsgun safetychurchu.s. & worldtexas church shootingcaught on cameraguns
Copyright © 2022 KTRK-TV. All Rights Reserved.
TOP STORIES
Officer injured in Harlem shooting transferred to NYU Langone
Man recovering after being shoved onto subway tracks
Teen shot in back of head among 3 injured in Brooklyn shooting
Family, friends remember fallen officer as kind-hearted young man
AccuWeather: Chilly with some sunshine
Family demands justice after 23-year-old woman found dead after date
Thousands of runners brave cold for NYRR Half-Marathon
Show More
5 tax changes that can boost your refund this year
Market drops 1,700 points, while inflation cancels out wage increases
Domestic incidents are highly dangerous for police officers: Experts
After the omicron wave, what's next for the COVID pandemic?
7th grader fentanyl overdose death sparks debate for Narcan in school
More TOP STORIES News