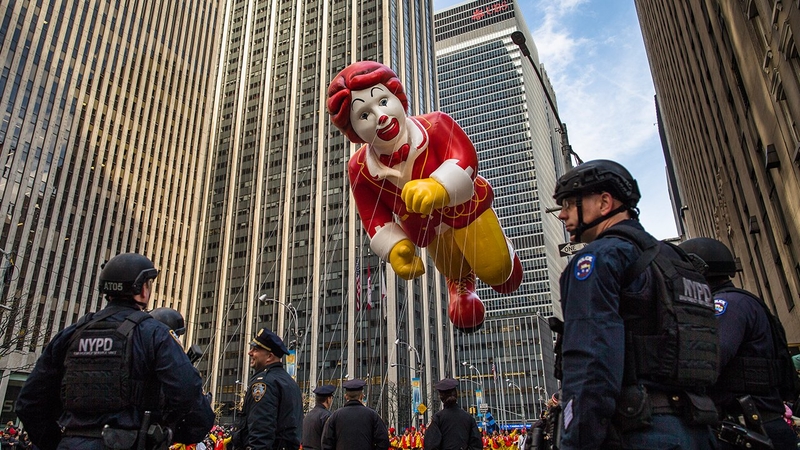 MIDTOWN, Manhattan (WABC) -- Security at the upcoming Macy's Thanksgiving Day Parade is nothing short of extensive, and pay close attention to new changes for the balloon inflation event on Wednesday.

"We are proud of the fact that we are the safest big city in America," Mayor Bill de Blasio said. "We are the terrorists worst nightmare."

Some of the biggest changes will come on Wednesday, during the balloon inflation along Central Park West. Large backpacks, coolers, alcoholic beverages, chairs and umbrellas are strictly prohibited. From 1 p.m. to 8 p.m., viewers will enter security checkpoints at West 74th Street and Columbus Avenue.

"By 7 a.m., everything will be shut down along the route of the parade," NYPD Chief of Patrol Terence Monahan said. "There will be no cross-town traffic from 86th Street down to 34th Street."

During the parade, large sand-filled dump trucks will be placed at all intersections that cross the parade route.

"We will have observation teams located at various locations along the route," Monahan said. "You will see our vapor wake dogs and other canine dogs on both the balloons and during the route."

Parade organizers have worked closely with the NYPD and other city agencies and assure spectators that the event will be safe.