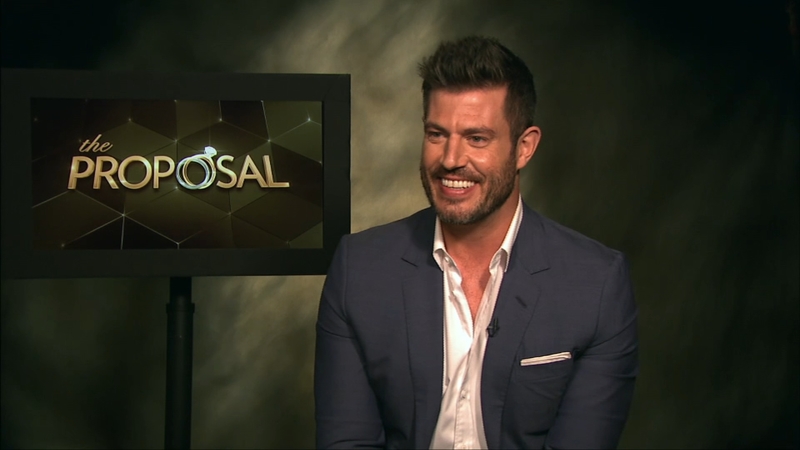 NEW YORK -- The creator of The Bachelor franchise brings you a new show called The Proposal on ABC, and it's hosted by season 5 Bachelor Jesse Palmer!

The concept of the show is that an eligible man or woman will select someone to propose to at the end of each episode from a pool of 10 contestants.

From the Producers of #TheBachelor, #TheProposal is a love story in one hour hosted by @JessePalmerTV! 💍🌹 pic.twitter.com/OGLzISzLj9

They go through a series of pageant-style rounds, complete with a bathing suit competition, and some very difficult questions.

"The questions that get asked on this show are things that you cannot ask somebody on a first date," Palmer said. "I guarantee you that there are married couples together five or 10 years that still haven't had the guts to ask themselves the questions that are on this show."

At the end of an hour, there is a ring provided by a familiar face to "Bachelor Nation."

"It is a Neil Lane!" Palmer laughed. "Neil Lane was there every episode."

Palmer said that when he first heard about the show, he immediately loved the concept but he had some concerns.

"I've never seen anything like it, and I was very skeptical," he said, "Who is going to get down on one knee after speaking to someone that they haven't even really been able to see for the last hour, and what I was shocked to find out was there are people out there hoping to find love that are willing to go to extreme measures to achieve this."

As The Bachelor in 2004, Palmer felt that he could relate to what the contestants were going through.

"It is way less stressful hosting this show than being The Bachelor," Palmer said. "I sleep so much easier at night, it's great."

Still, prepare for the show to tug at your heart strings!

"Tons of laughter, but there are some tears too," he said.