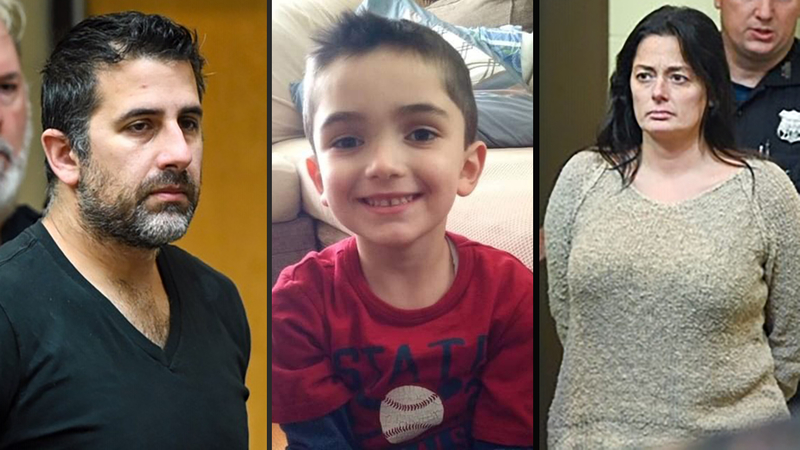 SUFFOLK COUNTY, Long Island (WABC) -- Legislators in Suffolk County investigating the death of an 8-year-old boy who froze to death in a garage are taking legal action to get access to documents.

Thomas Valva died more than a year ago in February of 2020.

His father, NYPD Officer Michael Valva, and Angela Pollina, are accused of leaving the 8-year-old in a freezing garage overnight, causing him to die of hypothermia.

Assistant District Attorney Kerriann Kelly had previously detailed the series of allegations of physical and mental abuse towards Thomas, including throwing him down the stairs, locking him in a bedroom without a bathroom, depriving him of food, beating him with closed fists, and pulling hair from his head.

Now, members with the Legislative Investigative Committee are demanding a court force the Commissioner of Social Services to release the documents in question.

They say they can't provide oversight of Suffolk's CPS system if that don't have the facts of a case.

The Valva family had a long history with CPS.

Valva and Pollina each face 25 years to life in prison if convicted. Valva resigned from the NYPD in October of 2020 as he awaits trial.

Human remains of early New Yorkers that were discovered during construction in and around Washington Square Park were reinterred inside the park on Tuesday.