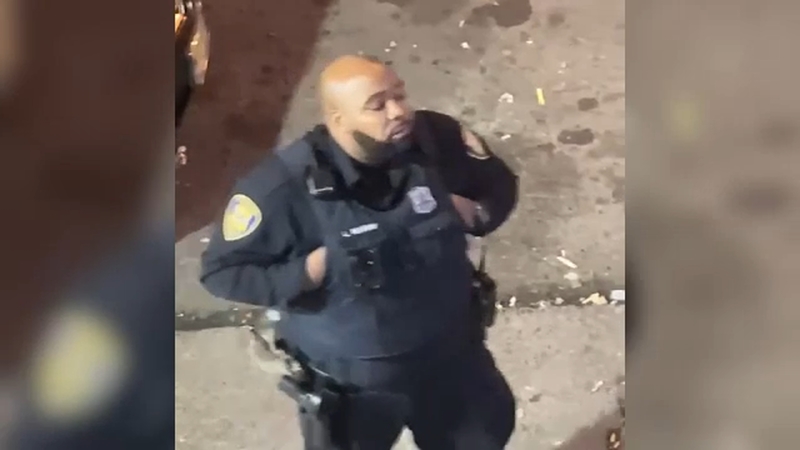 ELIZABETH, New Jersey (WABC) -- Police in New Jersey are investigating one of their officers after he was caught on camera threatening to beat a man during an argument.

An encounter that was caught on camera has gone viral, being viewed over 180,000 times as an Elizabeth police officer gets into a verbal confrontation with a man accused of a hit and run accident.

But the accused man turned out to be the wrong person and then the officer, identified as the grandson of a council member, kept up the ugly argument.

In the video, the officer could be heard saying "I'll come back here, 8 o'clock, and I'll woop -- I'll dust you off all up and down these streets."

The person being threatened did not want to go on camera, but told Eyewitness News reporter Anthony Johnson, that when cops arrived, he came out of his apartment on his own.

Minutes later, the victim of the hit-and-run arrived and told police that the man they were talking to was not responsible for the accident. But that wasn't enough for the officer to back down.
The police department's internal affairs investigation is underway.

Sources say the officer has been on the force since 2017 and is a long-time resident of Elizabeth.

He been placed on leave for now. Local activists want the community to know about the officer's behavior and say it is time for retraining.


"That's a person that needs to be counseled and retrained, those are the things. I'm not asking for him to be fired," community activist Salaam Ismial said.