2 tornadoes touched down in Tri-State during Wednesday's severe weather 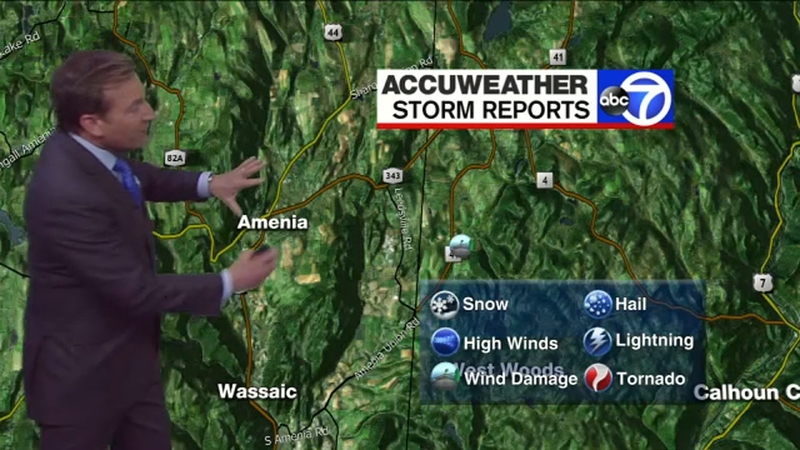 Tornadoes touch down in NY, CT

Two tornadoes touched down in the Tri-State area during Wednesday afternoon's severe weather.

The tornadoes were confirmed in Amenia, Dutchess County, and Bulls Bridge to southern Kent, Litchfield County in Connecticut just before 3 p.m.

The National Weather Service says the EF-0 tornado briefly touched down north of Bulls Bridge and moved into South Kent.

One homeowner lost art of a solid wooden fence and a car tent canopy was blown away by the strong winds, though no damage was reported to buildings.

Around the same time, an EF-1 formed just south of Amenia and moved into the village.

Nine homes were damaged, including the roof and one side of a home which were struck by wind-blown debris.

The tornado also ripped the roof off a restaurant.