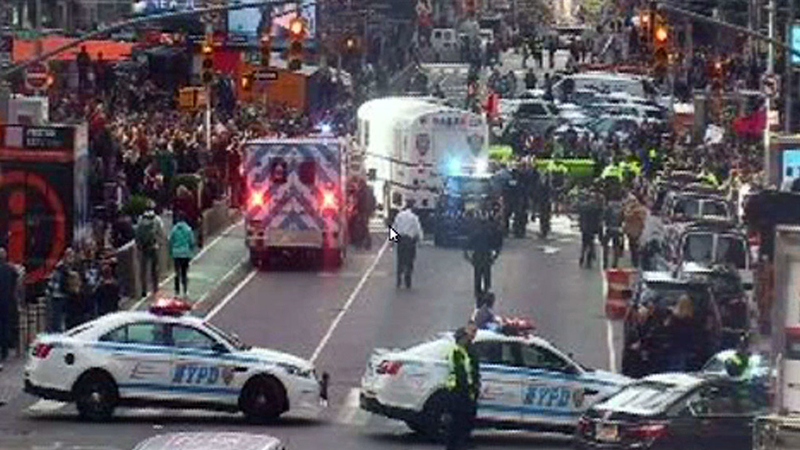 The protest, which began before 10 a.m. Thursday, forced the closure of intersections including Seventh Avenue at 44th Street and Broadway at 46th Street.

Activists wearing life jackets surrounded a green boat that dropped anchor with the words "Act Now" written on it.

It also bore the logo of the activist group Extinction Rebellion, which organized the protest and many others around the globe.

NewsCopter7 was overhead as police converged on the area.

The protest remained peaceful, as police worked to disperse the crowd.

Shortly before noon, a police vehicle towed the boat away, the remaining protesters dispersed, and traffic began flowing normally again.

On Monday, members of the movement smeared themselves and emblems of Wall Street in fake blood and lay in New York streets.