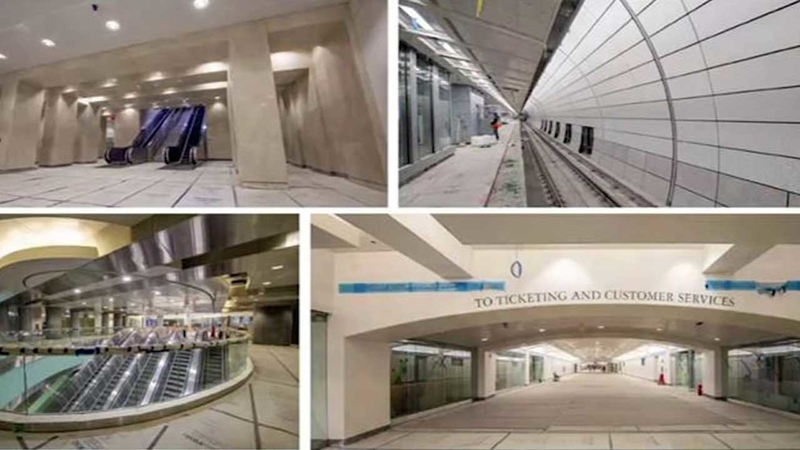 When it's complete, the hope is that the project will be an easier commute for thousands of riders and ease congestion at Penn Station.

Before the pandemic, Penn Station was the busiest rail terminal in North America.

It is the largest construction project in the history of the MTA: tens of thousands of commuters will board their trains at Grand Central Terminal for direct rail service to Long Island.

"It means you can come into the East Side of Manhattan as opposed to going to Penn and then having to come all the way back to the East Side," Cuomo said. "It reduces the commute time by 40 minutes."

The project will bring eight new tracks to the station.

While construction is largely complete, Cuomo says the new terminal won't open before December of 2022.

"We're not going to open it until it's safe," he said.

The Long Island Rail Road announced Monday it will test batteries that could enable electric trains to travel on the railroad's diesel branches.

The $11 billion project was years in the making and features gleaming marble corridors, spectacular escalators and new tracks and platforms to handle up to 24 trains per hour.

The MTA is calling this the largest train station project in more than a half a century.

"It's the biggest transit project underway in North America," said MTA Chief Development Officer Janno Lieber. "With a 350,000 square foot facility with 8 tracks. It's in fact the first time anyone's built an 8-track rail station in the U.S. since, I believe, the 1950s."

Ridership on the LIRR is down since the pandemic, but commuters are slowly returning. MTA planners are not building not for next year or the next decade, but for future generations of commuters.

It's one of several transit projects either planned or currently underway across the system.

In April, the Long Island Rail Road announced it will test batteries that could enable electric trains to travel on the railroad's diesel branches.

Officials agree that smaller communities that may not have the resources to do lengthy background checks will benefit the most from the Wandering Officers law.