WABC
By CeFaan Kim
BELLPORT, Long Island (WABC) -- The driver of a minivan is under arrest after police say he was involved in a crash that killed two young men on a dirt bike. The driver apparently reported a dirt bike stolen earlier in the day on Long Island.

Heartbroken loved ones are trying to make sense of what happened.

This was supposed to be where they celebrated 19-year-old Keenen King's graduation from William Floyd High School in Mastic Beach this weekend.

Instead, they held a solemn candlelight vigil Thursday night.

"It's all shocking. Like it's not real kind of, you know what I'm saying. Like I don't know," said Trinity Clendenning, the victim's girlfriend.

She is still numb from the suffocating pain. 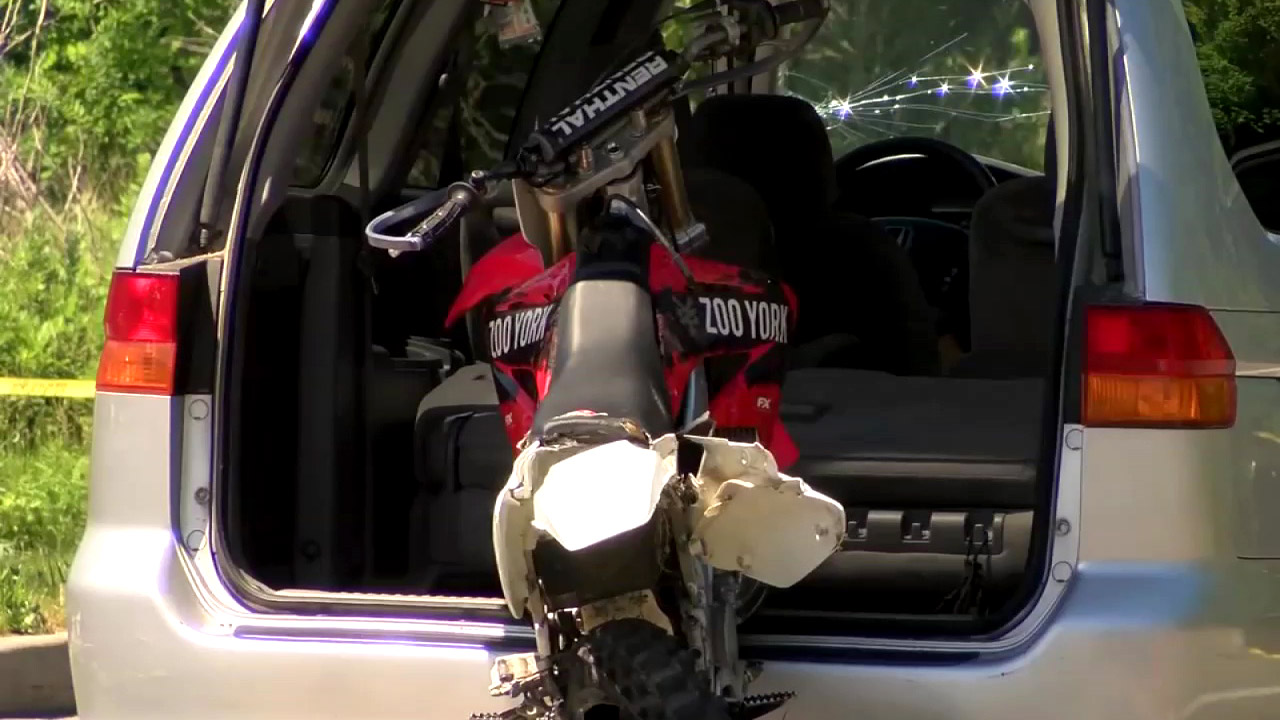 The high school senior was killed along with his friend while riding a dirt bike in a crash, witnesses describe as a head on collision with a minivan.

"It's sick. It's sick. You know whatever the case is over a dirt bike, he destroyed families," said Bonnie Smith, the victim's girlfriend's mother.

Police are investigating whether the driver of the minivan, 27-year-old Christopher Bouchard (pictured below), intentionally crashed into two young men on a dirt bike. His brother, Brian Bouchard, 31, was a passenger in the minivan and the owner of the dirt bike.

Riding with King along Monatauk Highway in Bellport was 20-year-old Anthony Garriques.

His family members say he was riding on the back and succumbed to his injuries late Thursday.

At this point in the investigation, cops believe it all started in Mastic Beach.

Police say around 7 a.m. Thursday, Bouchard reported his brother Brian's dirt bike was stolen from his home on Whittier Drive.

Eyewitness News tried to get his side, but someone from the home declined to comment and asked us not to show the house claiming they've been getting threats all day.

Investigators say about three hours after calling cops, Christopher came upon the two young men, and gave chase, then collided with them.

"We believe that dirt bike was the one reported stolen earlier in the day. So far evidence indicates the individual claiming to be the owner of the dirt bike," said Commissioner Timothy Sini, Suffolk County Police Department.

Witnesses say after Christopher crashed into the two men, he put the dirt bike back into his minivan and attempted to drive away before police arrived.

Cops say it is still under investigation whether the two men actually stole the bike.

"You can't accuse kids of stealing of something if you didn't see them. You don't have them on camera, don't go messing with them. It's ridiculous around Bellport, my nephew is a good kid. He graduated and everything," said Danielle Booker, Garriques aunt.

Christopher Bouchard will appear in court on Friday. 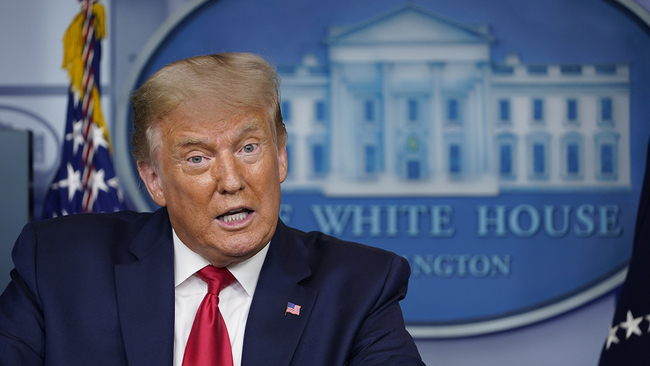