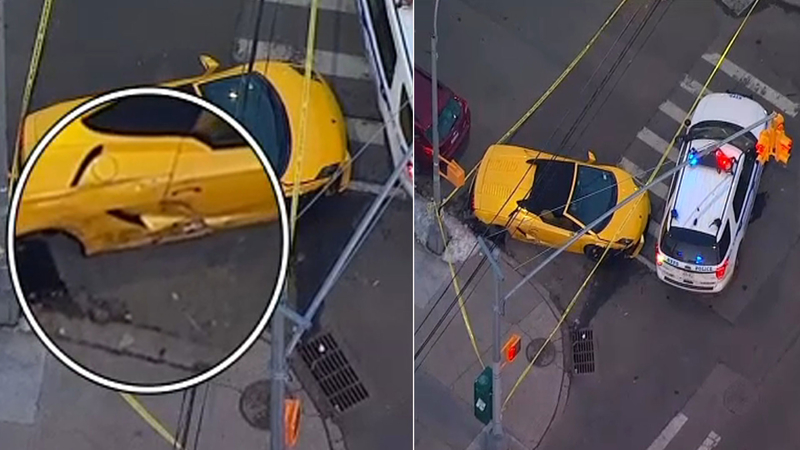 The driver of the 2010 Lamborghini did not pull over during the attempted stop at 37th Avenue and 21st Street, just after 4 a.m.

Police were attempting to pull the vehicle over for an obstructed license plate.

Officers found the vehicle crashed at the intersection of 38th Avenue and 30th Street soon after.

Two people jumped out of the high-end car and fled on foot.

No injuries were reported and police were still on the scene hours later.

Police are investigating if the car was stolen.