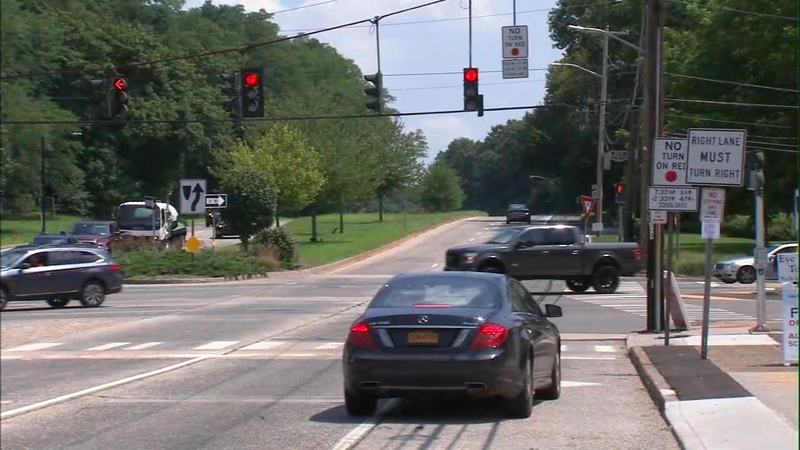 EAST NORWICH, Long Island (WABC) -- People living in one Nassau County town are crying foul after receiving hundreds and, in some cases, thousands of dollars in red-light camera fines at intersections where they stopped at the light.

"I realize the county is looking for money, but charging their citizens $1,000, I've got four children," he said.

Halpin said his first violation notice was mailed 34 days after the incident date.

"If the purpose of this red light camera is to make me a safer driver, you'd think they notify me as soon as possible," he said. "Them waiting a month and a half allowed me to continue to be an unsafe driver in that intersection for that amount of time."

"I worked a whole week and then some for these tickets," she said.

Scala said she paid the ticket for the first violation but is going to have a hearing for the other six.
Legislator Joshua Lafazan (D-Oyster Bay) said he has been getting phone calls everyday from constituents.

"I've been told several times, 'I'm afraid to check my mailbox,'" he said.

Lafazan is demanding that the county dismiss all tickets issued prior to the driver receiving his or her first violation notice.

"If we're going to penalize you nine, 10, 11 times when you didn't know you needed to remediate your behavior, then shame on us," he said.

A spokesperson for the county said the light is controlled by the state.

Karen Contino said, "With public safety as our priority, we believe this to be an ideal location for a camera as it encourages drivers to approach the intersection safely."