Still no resolution to towing woes in one Dutchess County city 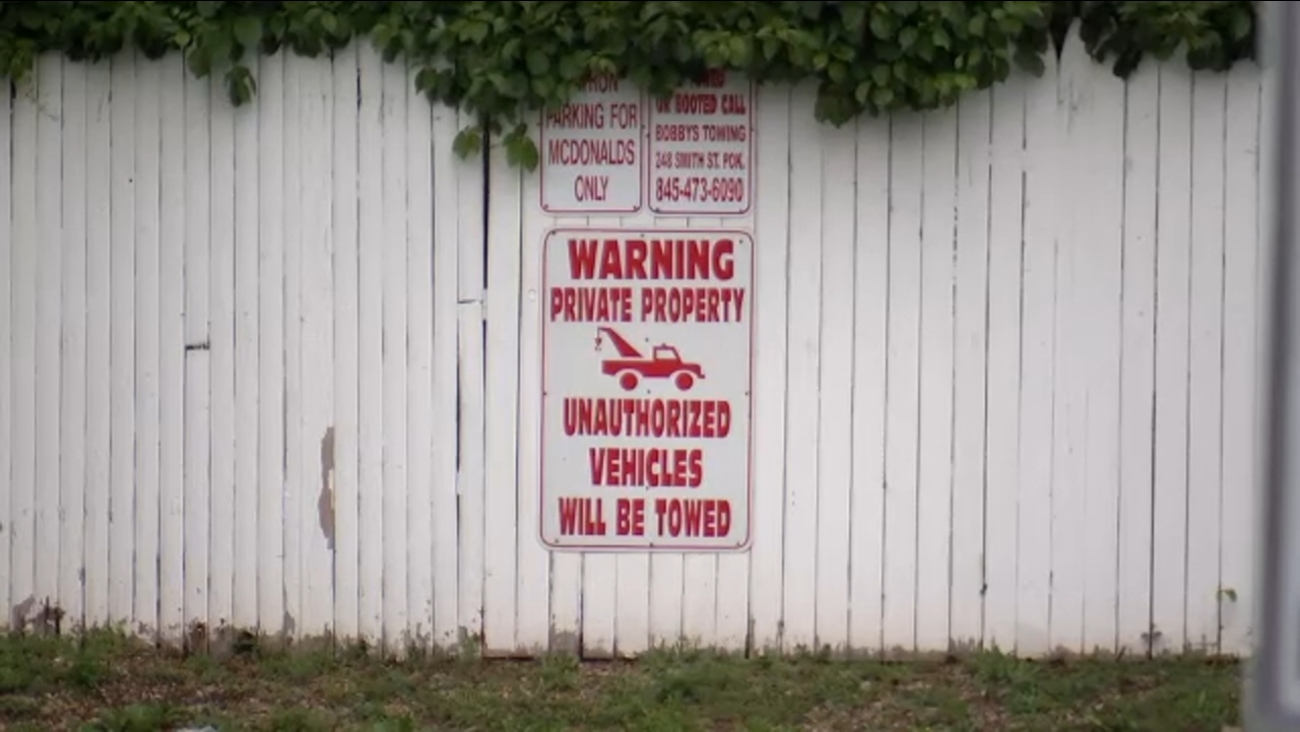 POUGHKEEPSIE, Dutchess County (WABC) -- One city in Dutchess County now says it won't update a controversial towing ordinance prior to 2020 despite statements from the City of Poughkeepsie mayor that he hoped to enact an updated ordinance to eliminate confusion about the city's towing laws before the end of 2019.

"I would hope by the end of summer, but I would think into fall or by the end of the year," Mayor Rob Rolison told '7 On Your Side Investigates' in June when we asked how long residents should expect to wait for a new ordinance from the city.

'7 On Your Side Investigates' began looking into the issue of towing in the City of Poughkeepsie after receiving several complaints about what drivers called "predatory towing" from private lots.

'7 On Your Side Investigates' found the city had been failing to enforce its own towing laws for several years and was not requiring tow truck operators to obtain or renew yearly licenses to operate as the ordinance required.

Additionally, we found one tow truck operator had been responsible for about 96% of reported tows to police in the city from April to May.

That operator, Bobby's Auto Repair & Collision, had obtained contracts with businesses in Poughkeepsie to tow vehicles from several private lots when the vehicle operators left the property and were not patronizing the businesses any longer.

"There are laws on the books that say what he's allowed to charge, and he's charging more than he's allowed to be charging," said John Durso, who received a $243 bill when Scores towed his car from a lot on Main Street. "He shouldn't be allowed to do that."

The city of Poughkeepsie's fee chart indicates the city charges about two to three times more for city ordered vehicle impounds than the $85 the city allows tow truck operators pulling cars from private lots to charge.

During an interview with '7 On Your Side Investigates' Scores argued the city's cap on tow fees was unfair and didn't cover his costs of doing business.

"It's really hurting my business that I have to stick with $85," Scores said. "I can't even support my family. All I want is the same thing the city gets."

Scores added that he believes he's exempt from the ordinance because of a clause that allows exceptions to the rules for vehicles blocking rites of passage, but Poughkeepsie administration has disagreed with Scores interpretation of that clause.

Scores has pleaded guilty in city court at least three times to violating the city's towing laws, and the City Administration has known about the problem for years but has failed to resolve it.

Rolison indicated he intended to reexamine the ordinance to eliminate any confusion or vagueness surrounding allowable tows from private lots and also to consider whether the current cap on tow fees in the more than 15-year-old ordinance needed updating.

Rolison admitted a big part of the problem is the city's own failure to enforce its laws.

Back in June, Rolison said the city had established a working group of members of the City Common Council, Police Department, Corporation Counsel and Administration since speaking to Eyewitness News about the problem.

Wednesday, a city spokesperson indicated the city's legal department had been working on the matter and intended to have a new draft ordinance for consideration by the Common Council by the first quarter of 2020.

Wilson also indicated the city police department had resumed efforts to license tow companies since our investigation and had received one application for a license.
----------
DO YOU NEED A STORY INVESTIGATED? Danielle Leigh and the 7 On Your Side Investigates team at Eyewitness News want to hear from you! Call our confidential tip line 1-877-TIP-NEWS (847-6397) or fill out the form BELOW. You can also contact Danielle Leigh directly:


Report a correction or typo
Related topics:
trafficparking7 on your side investigation
Copyright © 2021 WABC-TV. All Rights Reserved.
7 ON YOUR SIDE INVESTIGATION