It will be phased in to replace the iconic yellow and blue MetroCard.

"Today marks a huge step on a journey to bring our fare payment system into the modern era, allowing for a better customer experience for millions of MTA riders and employees," said MTA Chairman and CEO Patrick Foye.

The rollout happened at 16 subway stations along the 4, 5 and 6 lines in Manhattan and Brooklyn, as well as all Staten Island buses.

The system allows riders to pay their fare and enter the subway or bus by simply tapping contactless credit, debit, and reloadable prepaid cards, mobile phones, smart watches and other wearable devices. You won't have to worry about "bad swipes" anymore.

In addition, OMNY cards will debut over the next two years.

The MTA says the cards can be linked to bank accounts and an official app.

The agency says MetroCards will be fully phased out in four years, like the old subway tokens.

Victor Toledo remembers them well. He's ridden the train since it was above ground on Third Avenue and says he didn't get a MetroCard until two years ago.

"Now I love it, and I'm really not looking forward to the changes they're starting to make," he said. "I think it's probably going to be wonderful for lots of people. I think it's going to be a little complicated for those of us accustomed to paying a nickel and then 15 cents and then finally to a MetroCard." 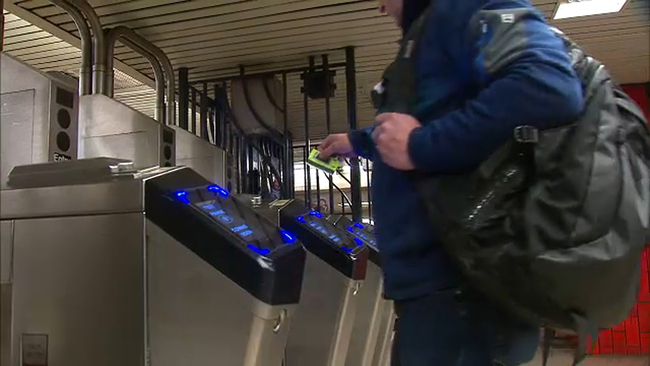