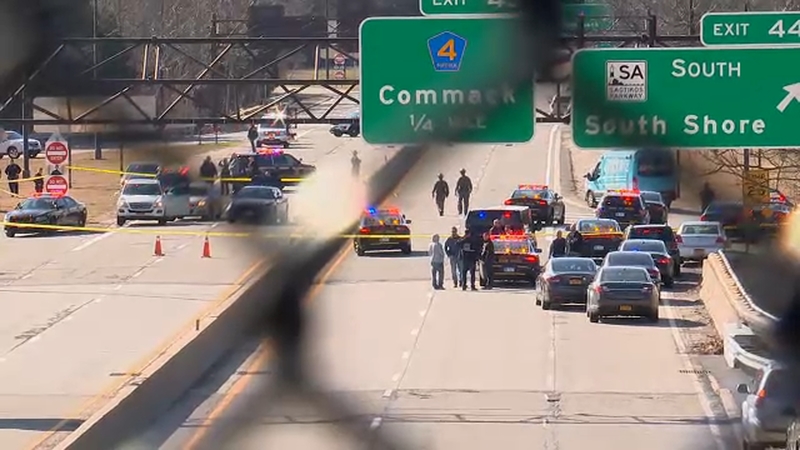 COMMACK, Long Island (WABC) -- Part of the Northern State Parkway was shut down in both directions for hours following a police shooting.

The incident was reported Wednesday at the Sagtikos State Parkway around 3 p.m.

New York State Police say they responded to a call for a person with a weapon on the Meadowbrook Parkway.

The driver failed to stop and a pursuit ensued. After a short distance, the driver stopped in the roadway and then exited the vehicle with a rifle pointing it in the direction of the responding troopers, police said.

The suspect was shot by troopers and taken into custody before being airlifted to Stony Brook University Hospital.

Troopers on the scene were not injured.

All lanes of the Northern State Parkway have since reopened.

The investigation is ongoing and the State Police is asking for anyone with information regarding this incident to please call (631) 756-3300.