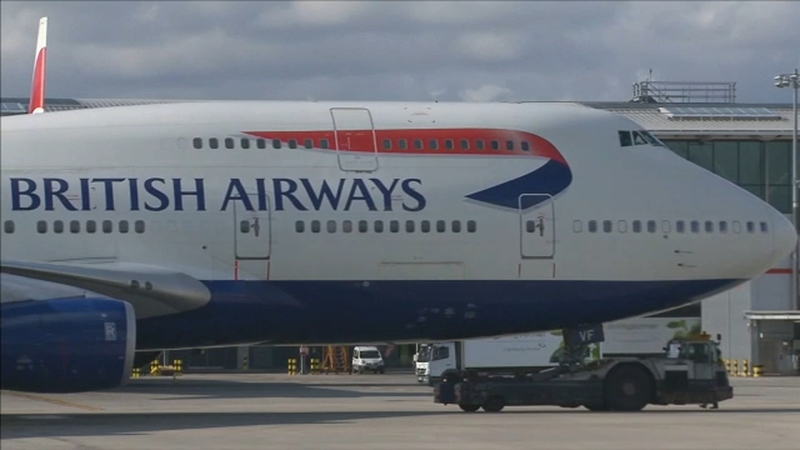 NEW YORK (WABC) -- Dozens of British Airways flights into the United Kingdom have been delayed or canceled Thursday, with John F. Kennedy International Airport one of the airports affected.

The airline said in a statement that "our teams are working hard to resolve a technical issue which is affecting some of our flights." It didn't disclose the nature of the issue.

British Airways says some people have been put up in hotels and booked on other flights.

It is the latest in a series of systems failures suffered by the airline in recent years.

In August, an IT glitch caused the cancellation of more than 100 flights and disrupted the travel plans of tens of thousands of passengers.

Travelers around the world also were stranded in May 2017 when a global computer failure grounded hundreds of British Airways flights over three days.

Additionally, British Airways suffered strikes this summer that led to the cancellation of almost all its flights for days.