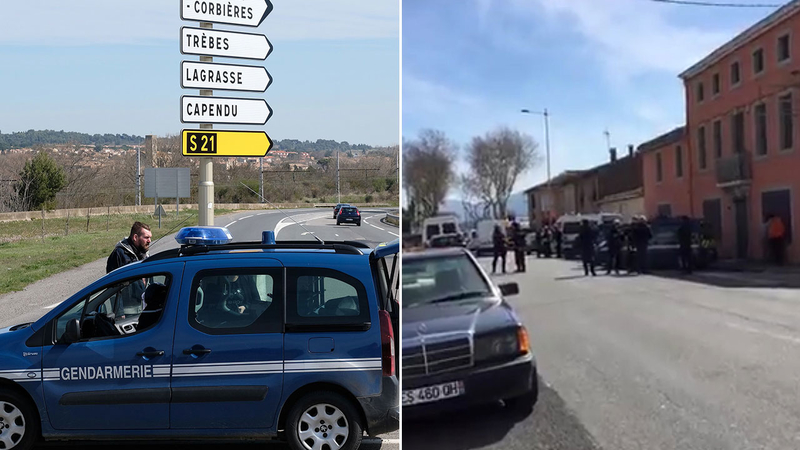 Video from scene of hostage situation in France

At least two people are dead and a dozen injured after a shooting and hostage situation in France on Friday, police said. French Prime Minister Edouard Philippe said it "seems to be a terrorist act."

The hostage taker was killed by police, a police union official said.

The scene happened at a supermarket in Trebes, which is located in the southern part of the country. Early footage shows the police responding to the scene and blocking off roads in and around Trebes.