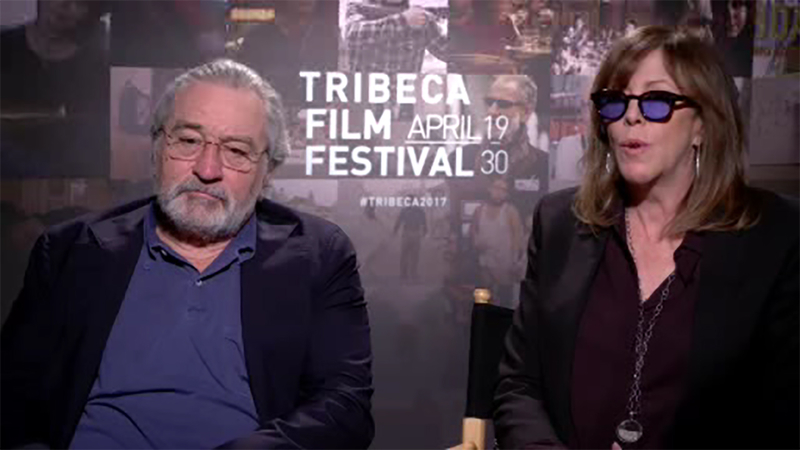 It's been 15 years since the event was conceived in the aftermath of 9/11 to help Lower Manhattan, and organizers say their greatest joy has been to see TriBeCa change for the better while getting to hear from so many diverse artists.

The event has come to embrace virtual reality, video games, technology and TV.

"The lines are blurring in terms of how you watch great stories," co-founder Jane Rosenthal said.

"It just is what it is," De Niro said. "Things change, and we have to adjust to those changes and take advantage of them."

The idea is to look both forward and backward. And this year, there will be a special treat for attendees.

"Godfather I and Godfather II are closing the festival," De Niro said.

The Hollywood legend said he was originally considered for the role of Sonny, and the audition is preserved on YouTube.

"I tested along with every actor in New York," he said. "I look so young."

The festival came about to help TriBeCa rebuild, and 15 years later, the event -- like the city itself -- has grown stronger.

Music has always been a part of the festival, and a rap documentary even opened it a couple of years ago.

This year, the festivities kick off with Clive Davis being celebrated in song at Radio City Music Hall by the likes of the queen of soul Aretha Franklin, Earth Wind and Fire, and others.