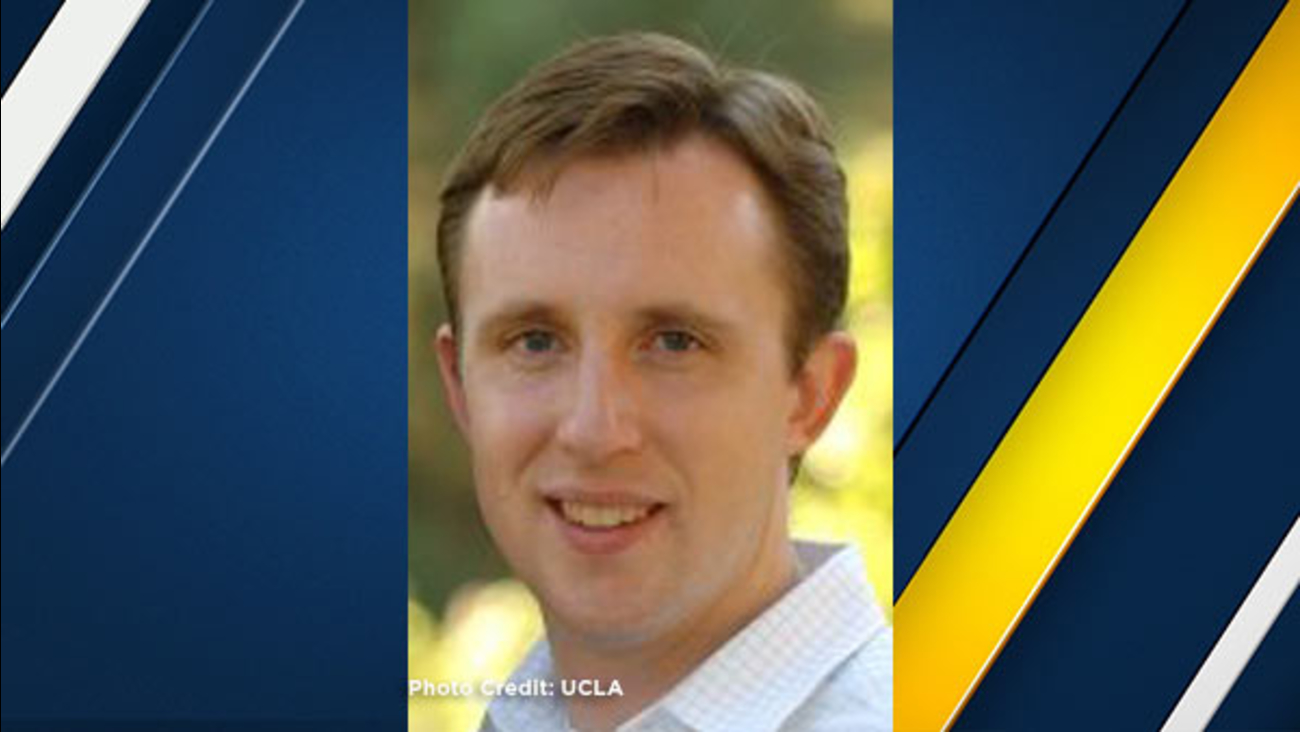 LOS ANGELES -- The victim in the apparent murder-suicide on UCLA's campus was William S. Klug, a professor of engineering, Eyewitness News has learned.

Klug was one of two men who died in a suspected murder-suicide inside an engineering building at UCLA Wednesday morning, triggering a campus-wide lockdown as hundreds of officers scoured the campus for a possible shooter.

Two men were found dead in a suspected murder-suicide that triggered a campus lockdown Wednesday at UCLA.

After the initial report came in around 10 a.m. of two men dead inside an engineering building, investigators weren't immediately certain if a shooter was on the loose on campus.

Hundreds of officers from multiple law enforcement agencies, including the FBI and ATF, flooded the campus in search of a possible gunman or gunmen and ordered students to remain sheltered in place.

A lockdown was triggered at the UCLA campus after two people were found dead in what turned out to be a murder-suicde.

Students who did move around on campus were told to walk with their hands up and were searched by officers. Classes were canceled and nearby middle and elementary schools were also placed on lockdown.

The report of a shooting happened shortly before 10 a.m. at Boelter Hall.

Two men are dead in a shooting at an engineering building at UCLA as authorities search for the suspect Wednesday morning.

By noon, LAPD Chief Charlie Beck said the shooting appeared to be a murder-suicide and a note was found, but would not elaborate if it was a suicide note.

"The campus is entirely contained," he said. "We believe there are no suspects outstanding and no continuing threat to UCLA's campus."


UCLA officials say classes will resume Thursday, while final exams and commencement will continue as scheduled.

"We want to resume normal operations as quickly as possible, so we will resume scheduled classes tomorrow morning," UCLA Executive Vice Chancellor and Provost Scott Waugh said. "Faculty, staff and students should show up tomorrow and go through their regular routines and complete the quarter as planned."

A large police presence remained at UCLA continuing to investigate after the lockdown was lifted and some areas of campus remained closed to students.

This map outlines the location at which a shooting was reported on the UCLA campus. June 1, 2016

UCLA Police Chief James Herren said the campus police force is well-trained to deal with such incidents. The school immediately triggered BruinAlert, the campus alert notification system, to warn students and faculty of an incident that could be dangerous.

"We have a lot of resources here that we're dedicating to ensure the safety of the campus community," Herren said. "It is something that we have trained to do. So when our officers arrived on scene they immediately began putting teams together ... to help those who have been injured and also search teams to look for suspects who may (have been) in the area."

Mayor Eric Garcetti offered his sympathy to all affected by the incident.

"My thoughts and prayers go out to all those affected by what appears to have been a murder-suicide on the campus of UCLA," Garcetti said. "This horrific event, at an institution dedicated to learning and mutual understanding, reminds us once again of the fragility of a peaceful society."