Up Close: Putting a spotlight on the crisis of suicide 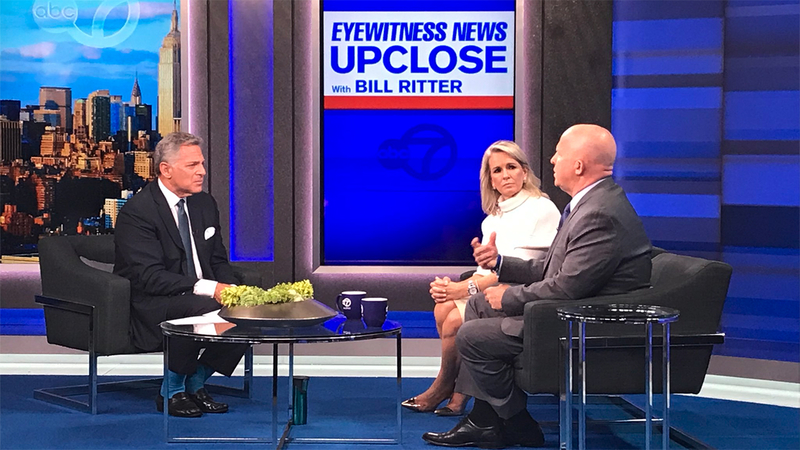 Up Close: Dealing with the crisis of suicide

NEW YORK (WABC) -- For too long, suicide has been a taboo subject, but on this week's Up Close, we bring the crisis out of the closet and under a bright spotlight, with people who are dealing with it every day.

The timing is appropriate - September is National Suicide Prevention Month.

In the military, an estimated 20 people per day, active duty and veterans, take their own lives.

And in another startling number, an estimated 1.4 million Americans attempted suicide in 2017. Between 1999 and 2017, the number of suicides increased by 33 percent.

Our first guests are NYPD Commissioner James O'Neill, who this year has been dealing with a police suicide crisis after at least nine officers died by suicide, and Dr. Jen Ashton, ABC's Chief Medical Editor, who literally and figuratively has written the book on dealing with suicide - her ex-husband's.

It's called 'Life After Suicide'.

Also joining us are Sepp Panzer, a student at Columbia University who is very involved with the school's GS Alliance club and an advocate for LGBTQ students who are having problems and mental health issues.

And Susan Starnes, who became a widow when her husband who was in the Air Force killed himself seven years ago. She is now a mental health professional helping other military widows and widowers.
EMBED More News Videos

With us to discuss prevention is Dr. Anitha Iyer, a crisis counselor and an advisor to the National Suicide Prevention Lifeline.

She is, for her full-time job, chief clinical officer for Vibrant Emotional Health, the former New York Mental Health Association.

Bill Ritter talks with Dr. Anitha Iyer, a crisis counselor and an advisor to the National Suicide Prevention Lifeline.