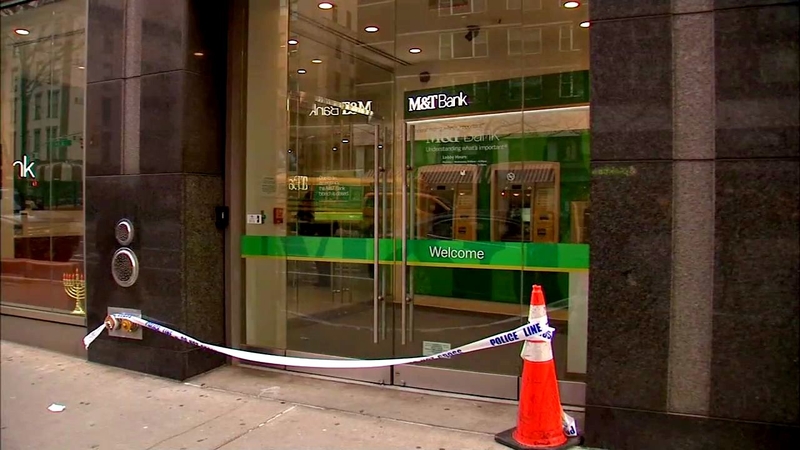 UPPER EAST SIDE, Manhattan (WABC) -- Police say a serial Manhattan bank robbery suspect is in custody after employees slipped a tracking device into his duffel bag full of cash Friday.

The incident happened at the M&T Bank on Second Avenue on the Upper East Side. Authorities say the man had workers take him the vault, where they gave him approximately $41,000.

He reportedly fled the scene, unaware that the worker had also put a tracking device in the bag.

Armed with the general description of a black male wearing a leather jacket and carrying a duffel bag, police honed in on the tracking device.

Officers with the Strategic Response Group spotted the man on foot at the intersection of East 116th Street and Park Avenue in East Harlem -- and chased after him as he ran away. Part of the chase was captured on surveillance video. Check it out here:
EMBED More News Videos

Duane Edward Moore, 58, was taken into custody, and charges are pending. The cash and a weapon were recovered.

"He looked at us, we looked at him, we knew it was him," one officer said. "And after a short foot pursuit, we put him under arrest."