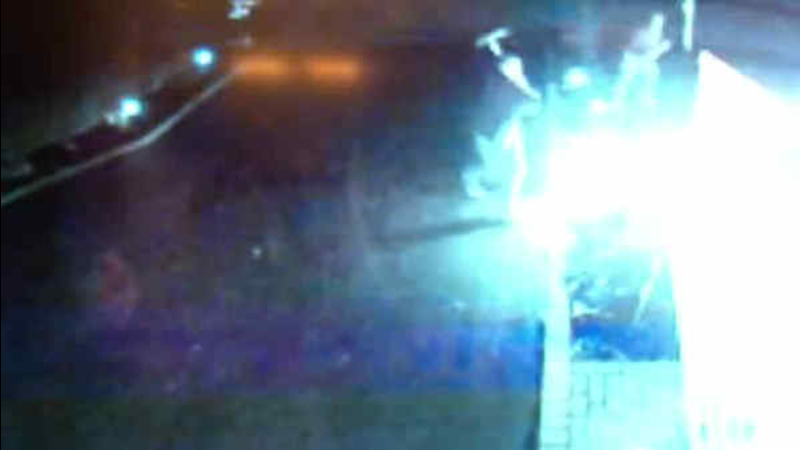 LAKE GROVE (WABC) -- A Christmas display on Long Island was destroyed overnight Wednesday, and the entire incident was caught on the homeowners' surveillance camera.

The violent vandals can be seen taking axes to the decorations outside the Lake Grove home, causing thousands of dollars worth of damage.

The lights are back on now, but the aftermath is hard to miss. The family spends a small fortune on the display each year, and they can't figure out why anyone would want it trashed.

The video shows two men carrying pick axes approaching the home, while a mother and her 2-year-old child were asleep inside. They start off going to town on an imported palm tree in a thermal box. Then, they just keep swinging.

"He starts hacking off my palm trees," homeowner Pawel Bartoszek said. "(Trees I am trying to) protect for the winter."

Bartoszek says the vandals hit his Sycamore Avenue home just after 5:20 a.m., right after he left for work.

"The look on their faces like, really, really vicious," he said. "Like they want to do some damage."

And that they did. Rudolph the wicker reindeer went down, and large a inflatable bear took an ax through the heart. Bartoszek believes the family sheepdog began to bark and kept barking, scaring the vandals away.

The video captured the men placing beer cans in the street before they got started, and they were sure to go back for them when they were done.

It appears they had no idea they were on camera..

"My son was the one that was traumatized the most," he said. "You don't (explain it). You can't. Kids don't understand."