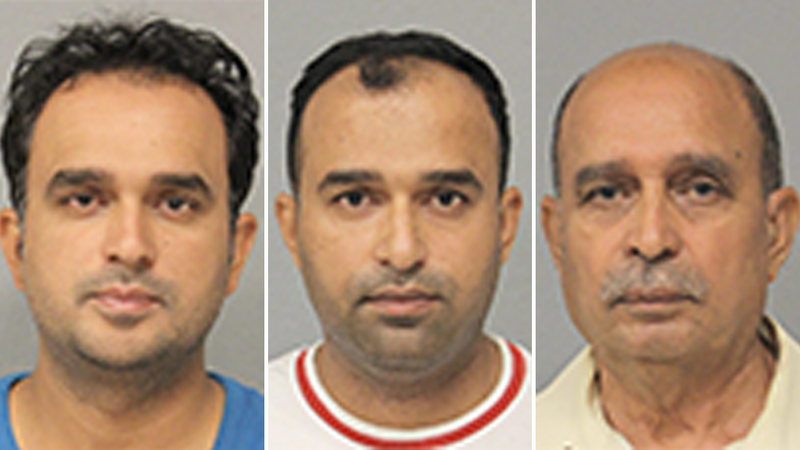 The counterfeit vaping equipment had a retail value of $1.5 million, and $140,000 in cash was also seized from five stores and two residential homes throughout Long Island. They include Card Smart Store in Levittown, East Meadow and Commack and the Smoke and Vape Store in East Meadow. Products were also sold on eBay.

Search warrants in these locations led to the arrests of 58-year-old Ali Asghar and 33-year-old Ali Zar, of East Meadow, and 35-year-old Ali Moosa, of Bellrose. All three were charged with trademark counterfeiting.

Officials said the trio labeled their products as Logic brand. Logic is a legitimate electronic cigarette brand, but authorities said these products were not real at all.

The counterfeit products have raised health concerns, especially since it's impossible for consumers to tell the difference between what's real and what's not.

Anthony Hemsley, a representive from Logic, released a statement after the arrests, saying, in part: "Those involved in buying and selling counterfeit products don't care what they sell or to whom they sell it. It undermines all the efforts we take to ensure the quality of our products and that they do not get into the hands of underage individuals."

Officials are cracking down on legal e-cigarette manufacturers too. Connecticut launched an investigation Wednesday into the marketing practices of Juul Labs, which controls nearly three-quarters of the $3.7 billion-dollar retail market for e-cigarettes.

The state's investigation will focus on whether the company is illegally selling its products as smoking-cessation devices.