WABC
By Eyewitness News
SANDS POINT, Long Island (WABC) -- There were some scary moments after a boat capsized on the Long Island Sound. Police released the amazing video of the rescue Monday morning.

A woman got trapped underneath the boat and was tangled in fishing gear.

It happened Sunday around 5:30 p.m. just off City Island.

First responders quickly rescued six people from the water near Sands Point, but an NYPD Aviation Unit helicopter had to be flown in to rescue the trapped woman, 46-year-old Rafelo Castro.

A chopper lowered two divers into the water, where they swam under the overturned boat, and freed Castro. She was conscious and alert, thanks to an air pocket, but was in hypothermic shock.

"This is not just taking her from one side of the water to the other, she was in this cabin that was surrounded by debris," said Brian Mullen, NYPD Scuba Team.

"It was pretty deep so we couldnt see the bottom. So, I just hovered below the window, two to three feet and then just grabbed her and brought her to the surface," said James Roche, NYPD Scuba Team.

The six other people who were thrown from the boat were also examined by doctors. Everyone rescued has now been released by the hospital. 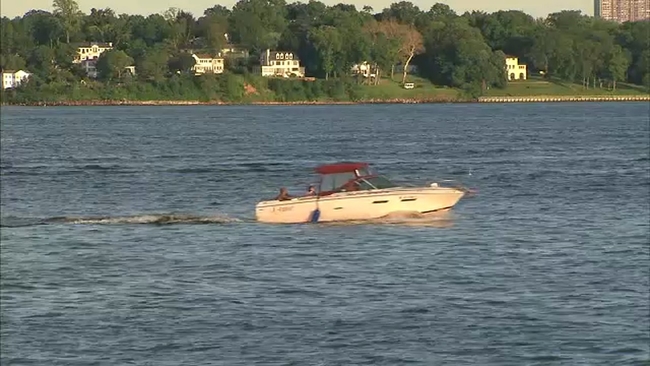