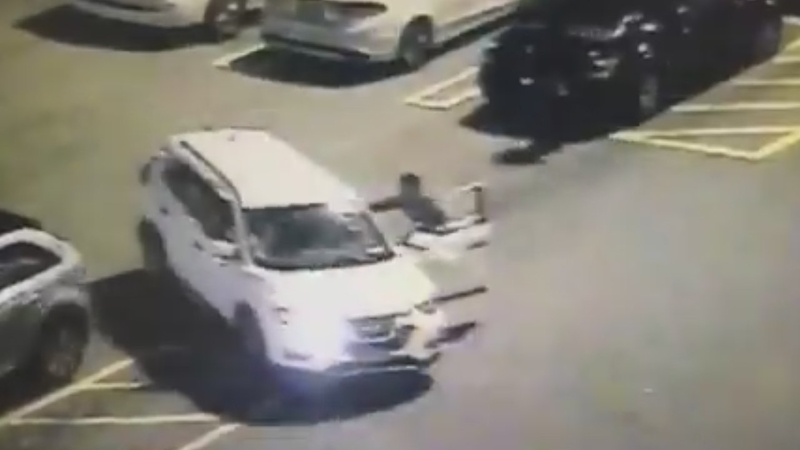 The video shows the security officer hanging onto a white SUV, and as it speeds away he falls off striking his head on the pavement.

He's now hospitalized with a concussion.

Police say the vehicle they're looking for is a white Nissan SUV.

It's a rental vehicle.