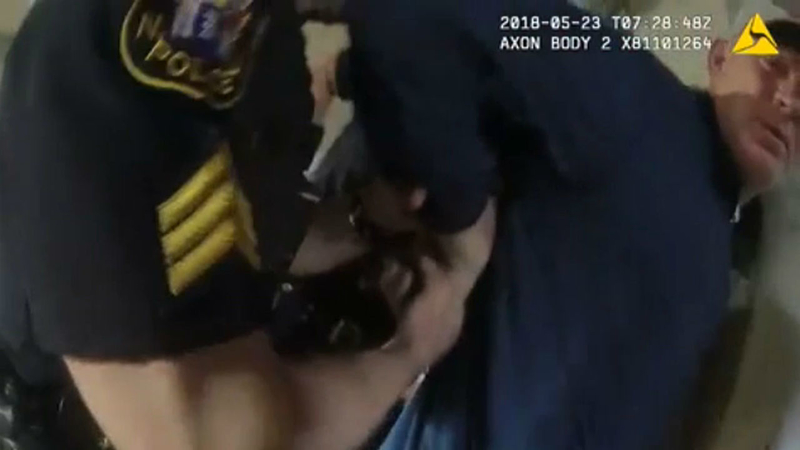 Both Dykstra and his Uber driver who brought him to police headquarters have told completely different stories.

The driver says Dysktra threatened to shoot him if he didn't take him to Staten Island. Dykstra told police he was the victim of kidnapping and his attorneys said last week that they were filing a complaint against the driver.

RELATED: 'He kidnapped me': Ex-Mets star Lenny Dykstra says he is victim of Uber dispute

It was the end of a bad night for a once-great Mets centerfielder, and it wasn't his first bad night since the long-faded glory days.

"I'm a convicted felon, I can't own a firearm," Dykstra tells police in the video.

Dykstra was trying to convince Linden police officers last month that he was the victim of an out-of-control Uber driver.

"I just want to get outta this guy's car, he was trying to kill me," said Dykstra.

But the driver, Brian Luty, clearly terrified after his ride with the former Mets star, told a different story, that Dykstra changed the address he wanted to go to and threatened the driver's life.

"You're going to go wherever the f*** I tell you to go," he said Dykstra told him.

Investigators are still trying to figure out what exactly happened inside the Uber.

Police say they did not find a gun in Dykstra's bag, but they did find cocaine, ecstasy and marijuana.
Dykstra was put in handcuffs and charged with making terroristic threats and possession of the illegal drugs. He is due in court on July 18.