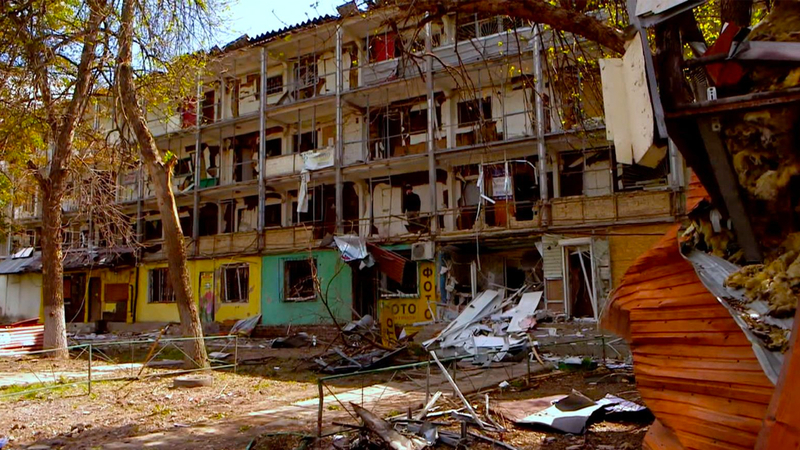 Vitali Klitschko, the Hall of Fame boxer and mayor of Kyiv, will be honored with the Arthur Ashe Courage Award at the 2022 ESPYS on July 20 in Los Angeles (8 p.m. ET, ABC), ESPN announced on Tuesday.

The mayor of Ukraine's capital since 2014, the former heavyweight champion is a longtime outspoken critic of Vladimir Putin dating back to the conflict with Russia in 2013.

Since Russia invaded Ukraine in late February, Vitali, along with his younger brother and fellow Hall of Famer, Wladimir, has served as one of the faces of the resistance. The Klitschkos took up arms in a territorial defense battalion in Kyiv; star boxers Vasiliy Lomachenko and Oleksandr Usyk followed suit in other parts of Ukraine.

"It is a great honor for me to receive this award," said Klitschko, 50. "I am convinced that this is a recognition of the courage and inviolability of the Ukrainian people, who have been bravely resisting the Russian aggressor for more than 3 months. This is an award for everyone who defends the independence and freedom of Ukraine." 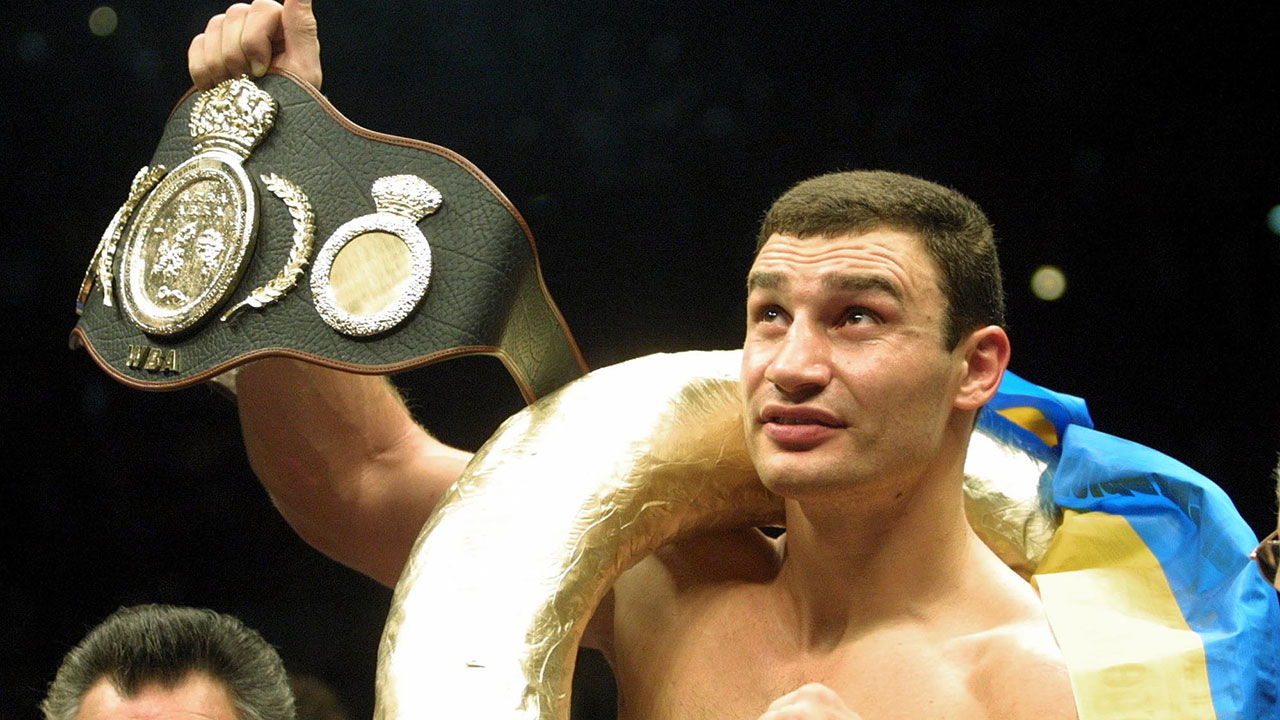 In this Jan. 28, 2001, file photo, Vitali Klitschko shows the world championship belt after he knocked out Orlin Norris in the first round of a WBO heavyweight title fight.

But Vitali Klitschko is best-known for a fight he lost, an epic 2003 clash with Lennox Lewis for the heavyweight crown. Klitschko, an underdog and late replacement, was ahead on all three scorecards when the fight was stopped due to a gruesome cut over his left eye that required 60 stitches.

Negotiations for a rematch with Lewis stalled when the champion chose retirement. Klitschko won the title Lewis relinquished two fights later, in 2004, with an eight-round TKO of Corrie Sanders.

SEE ALSO: Dick Vitale to be honored with Jimmy V Award at 2022 ESPYS

He first ran for mayor in 2006 after announcing his retirement from boxing one year earlier while still heavyweight champion. After 46 months away from the ring, he returned in December 2008 and regained the title in his comeback fight.

Perhaps more impressively, he was never knocked down during his career and rarely lost a round. Before his pro boxing debut in 1996 at age 25, Klitschko was a decorated kickboxer who won four world titles. He also impressed as an amateur boxer with 195 wins and 15 losses. Klitschko was elected to the International Boxing Hall of Fame in 2018, his first year of eligibility.

Outside of boxing, Klitschko is the longest-serving mayor in Kyiv's history. Weeks ago, he spoke at the World Economic Forum in Switzerland, imploring the audience that it would be a mistake to believe the impact of the war in Ukraine won't reach outside its borders.

"Vitali's poise and strength as his city and country faces unfathomable tests have far surpassed the incredible resolve he demonstrated as one of boxing's top heavyweight champions," said Rob King, senior vice president and executive editor-at-large, ESPN Content. "His commitment to the people of Ukraine has been a global inspiration, and his bravery is a prime example of the resilience of the human spirit. It is our privilege to bestow him with the Arthur Ashe Courage Award."