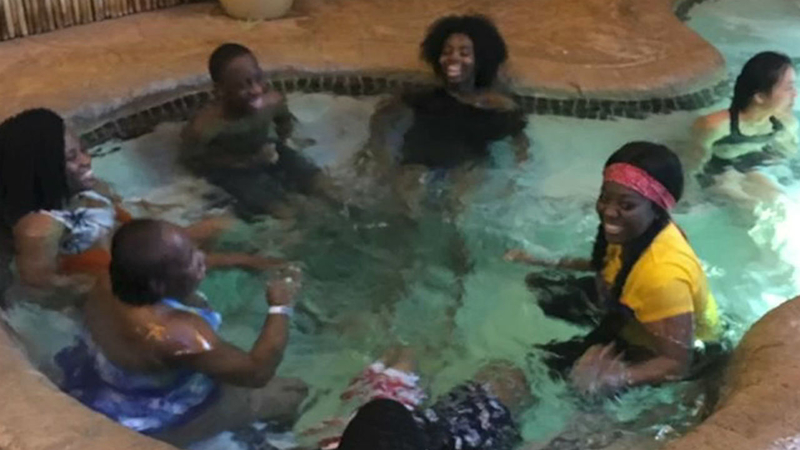 KEANSBURG, New Jersey (WABC) -- When a family reunion at a New Jersey water park was rained out, the woman who put a massive payment down was promised a refund, but that never happened. So she called 7 On Your Side for help.

Student Diana Henry took on the task of organizing her family's summer reunion last July and chose Runaway Rapids in Keansburg, down the Jersey Shore.

"It seems like a great park, a park next door the water park across from it," Henry said.

She purchased more than two dozen tickets for her aunts, uncles, cousins, sisters, nieces and nephews. She charged the group tickets on her credit card, which cost nearly $800.

"The day of the trip we were all ready to go an hour before expected to arrive. And I get a call saying we need to cancel the trip," Henry said.

A water park rep said because of the weather, thunderstorms were called for all day on Aug. 19 and the park would likely have to close.

"We were all ready to go, 27 people were looking forward to this. So what are we supposed to do?" Henry said.

She had to break the news to her extended family members.

She had charged all group tickets on her credit card, $780 worth, but Henry saved the family reunion by buying passes to a different indoor water park.

Later that week, a rep from Runaway Rapids contacted her with an offer.

"She said she was sorry and would I want to do reschedule or a refund, I said I would like a refund," Henry said.

That was in August. Henry says she called and emailed, but when she got her credit card bill the next month, the big charge was still there, maxing her credit out.

At one point she was promised a check, but when that never came in the mail, the ultrasound tech student asked 7 On Your Side for help.

Within hours of us calling, the water park's owner deluged Henry with a rapid refund from Runaway Rapids.

"I love you guys," Henry said.

The owner of Runaway Rapids apologized for the delay saying the refund "slipped through the cracks." To help make it up to Henry, the water park owner sent her $800 worth of free water park passes.

The big takeaway here, we say it all the time, document the dispute; whether it be texts, voicemails or in this case, email.

Henry had the water park's refund promise in writing with the date stamped on it. That really helped prove the delay and get her money back in minutes.