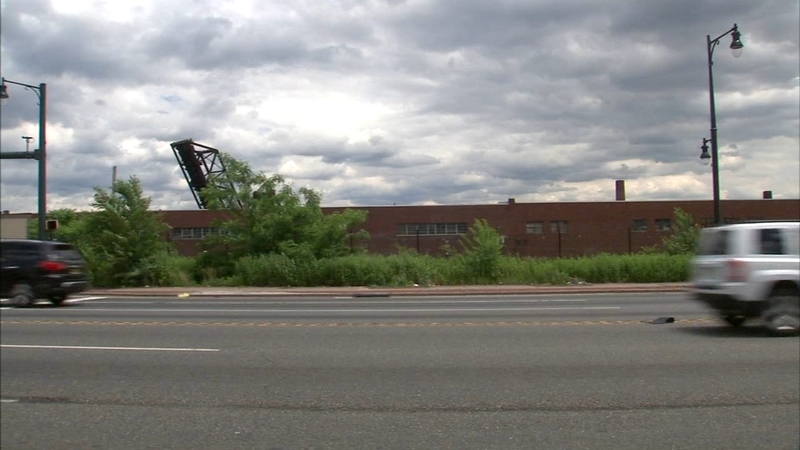 NEWARK, New Jersey (WABC) -- A fight is brewing in New Jersey's largest city, over the opening of a Wawa.

The chain store-based in Philadelphia and popular farther south in New Jersey wants to open in Newark.

But some residents are going to court to try to stop it.

A landscape covered with weeds, mounds of dirt and debris has become a point of controversy in Newark's Central Ward.

The huge vacant lot has been slated to become a new home for a Wawa convenience store.

The property sitting right off Route 21 would be open 24 hours a day. But the head of one neighborhood association who didn't want to show her face because of threats says it could attract drug dealers and prostitution.

"It's a major threat to our quality of life which we have been trying to bring up around here for years," said Lisa Gray of the Broad Street Neighborhood Association.

Residents say there have been problems with prostitutes in the area but a 24-hour convenience store could be beneficial to the neighborood.

"I can't say it won't help, but we've got to prepare ourselves for what might happen," said Newark resident James Malone.

The opposition claims the project was approved by the planning board without allowing a full public hearing and a lawsuit has been filed. But some hope Wawa will eventually come to the location.

"I think it's going to add something and it's on the highway so it's not going to really affect us negatively in the community," said Newark resident Dorothy Rivers.

WAWA issued a statement saying:
"We are hopeful that we can bring Wawa to the residents of Newark soon, whether at this current site or one in the future. We remain committed to working with our communities and following the processes set forth by their officials."