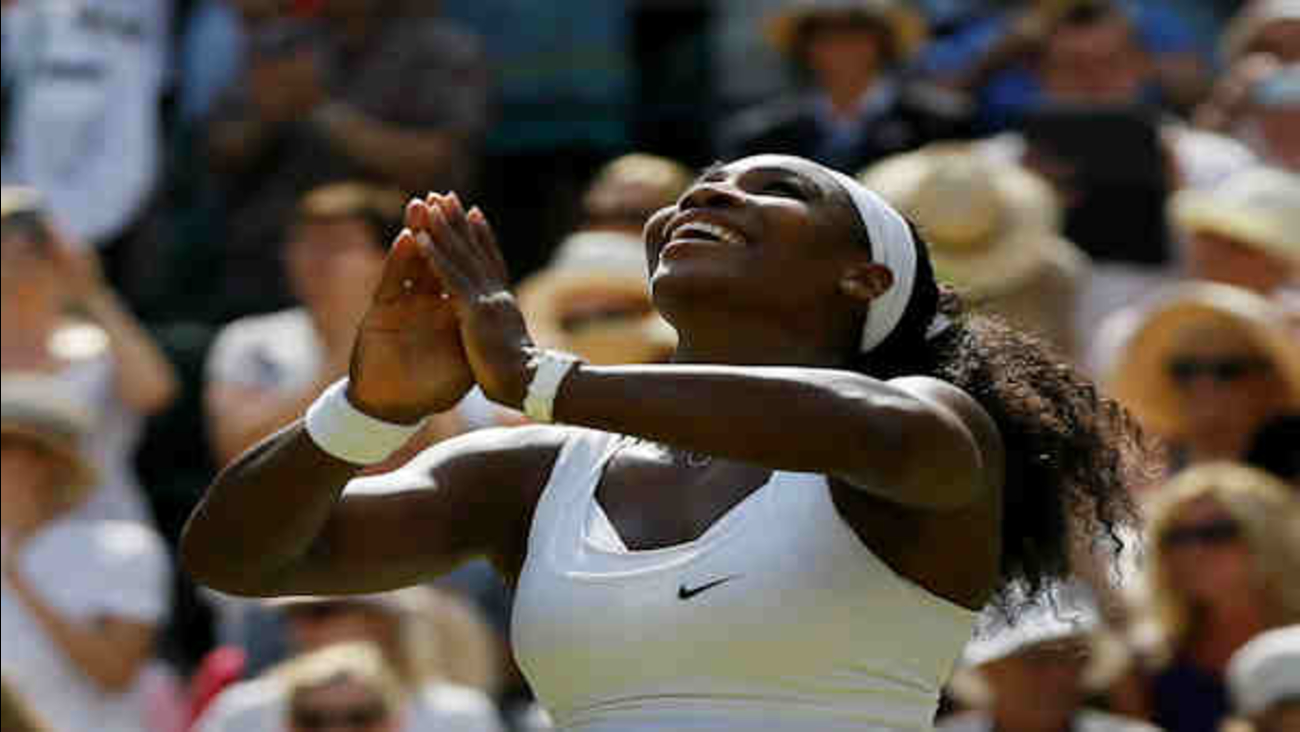 The win means Williams holds all four Grand Slam titles at once - completing the second "Serena Slam" of her career. What's more, she secured the third leg of a calendar-year Grand Slam and, if she wins the U.S. Open, will become the first player to sweep all four majors in the same season since Steffi Graf in 1988.

At 33, Williams is also the oldest women to win a Grand Slam title in the Open era. She has now won seven major championships in her 30s.

From 4-2 down in the first set, Williams ran off five straight games to take the set and go up 1-0 in the second. She pulled out to a 5-1 lead and twice served for the match but couldn't convert.

Williams was broken at love for 5-2, and Muguruza saved a match point and converted on her fifth break point to draw within 5-4. But Williams then broke the 21-year-old Spaniard at love to close out the match, which finished with Muguruza hitting a forehand wide.