VIDEO: Witness the emotional moment one woman could see again after a year 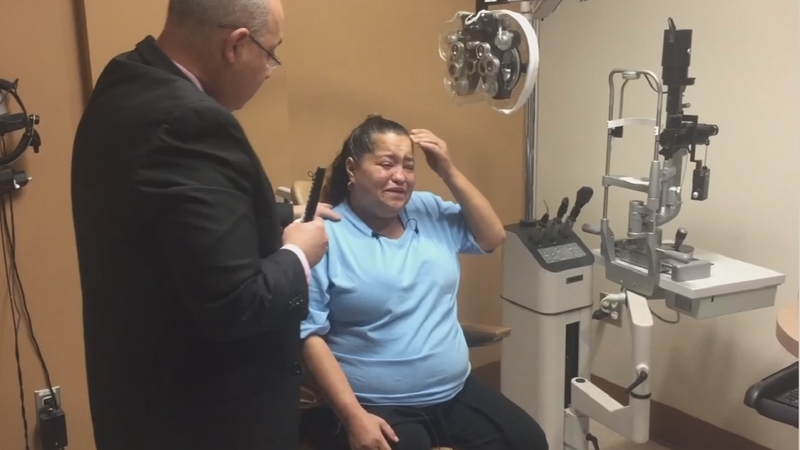 NEW YORK (WABC) -- Sandra Rosa is emotional because she can finally see again after nearly a year of being legally blind.

Last year, 42-year-old Rosa lost a leg, and then her vision two weeks later, due to severe diabetes. Several doctors told her they couldn't help get her vision back.

Then, she met Dr. Gennady Landa at New York Eye and Ear Infirmary at Mount Sinai in New York City.

After five surgeries, Rosa can now see out of both eyes again -- something she never thought was possible.

Witness the emotional moment Sandra Rosa could see again after a year. 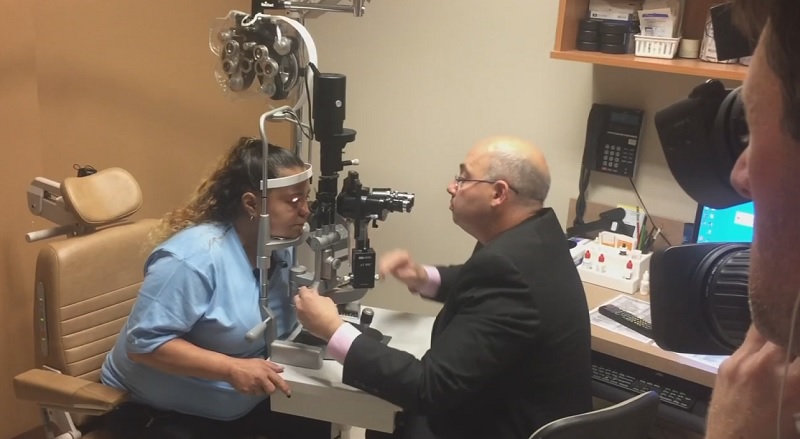 Rosa had diabetes for 20 years, and it slowly progressed. After losing her leg last summer, her blood pressure went up so high that it affected her eyes, causing her to go blind. Dr. Landa said if she didn't take action quickly, she would be permanently blind in five years.