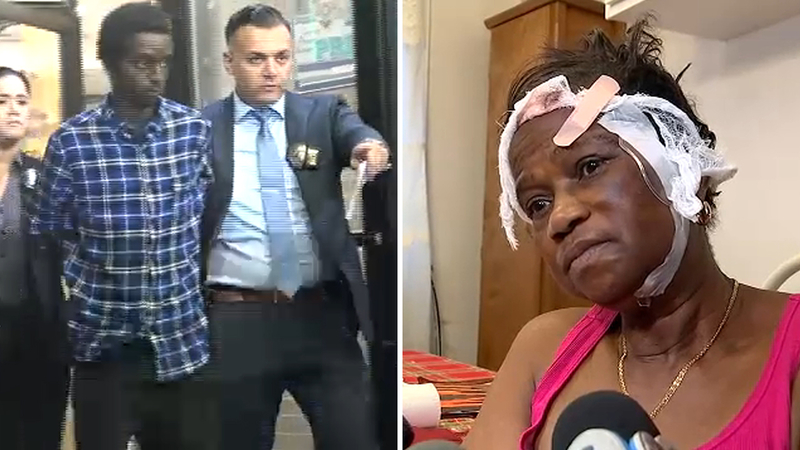 PROSPECT LEFFERTS GARDENS, Brooklyn (WABC) -- A 27-year-old man is facing assault charges after allegedly sucker-punching a 71-year-old woman and leaving her unconscious on the ground in Brooklyn.

Jaquan Wittle was arrested in the attack and walked by police on Tuesday. Authorities say he was out on probation for an attempted rape in a Brooklyn subway station two years ago.