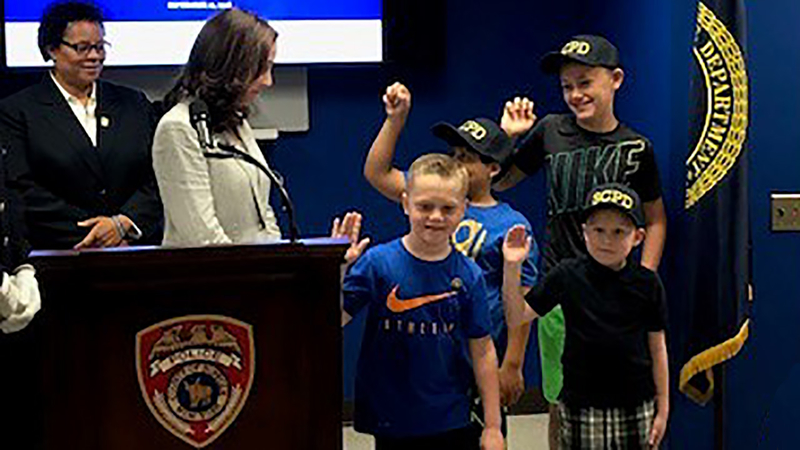 YAPHANK, Long Island (WABC) -- It was an unforgettable moment for three young cancer patients on Long Island, as the trio who became friends at a support group were sworn in as Suffolk County police officers for the day.

Nine-year-old Zachary Cote, of Miller Place; 10-year-old Sean Hughes, of Port Jefferson; and 11-year-old Jesse Pallas, of Miller Place; thought they were visiting police headquarters for tour, but instead, they took the oath in front of their families and officers. Kyle Hughes (in the blue Nike shirt) is Sean's brother and was also sworn in.

Throughout the day, the boys worked alongside detectives from the Identification Section, met with Emergency Service Section officers, interacted with police dogs and checked out Highway Patrol cars and even a police helicopter.

The department became aware of the friends after a Suffolk County police sergeant met the boys during a cancer fundraiser and wanted to make them part of the SCPD family.

To cap off the day, Commissioner Geraldine Hart presented the boys with a proclamation, followed by a modified walk-out traditionally reserved for high-ranking members of the department when they retire.