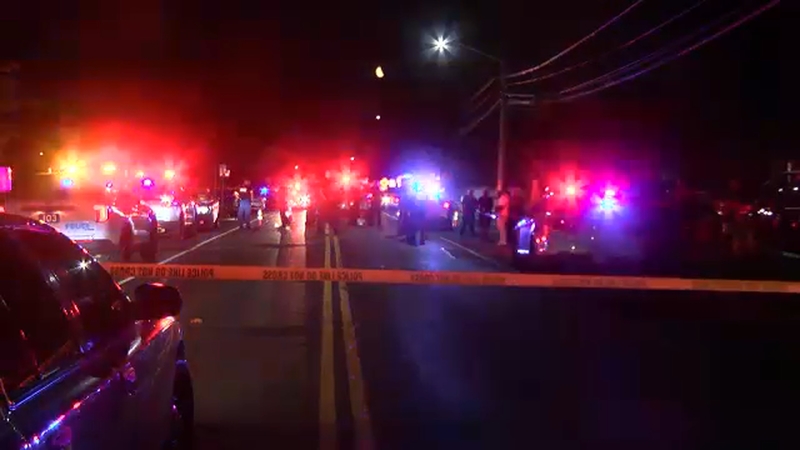 WYANDANCH, Long Island (WABC) -- One person has died after a shooting at a house party early Saturday morning on Long Island, police say.

Suffolk County Police Homicide Squad detectives are investigating an incident during which eight people were shot in Wyandanch.

Police say they responded to Grand Blvd. after a 911 call reported a shooting at around 1:30 a.m.

Detectives believe this incident was gang-related.

Detectives are asking anyone with information on this incident to call the Homicide Squad at 631-852-6392 or anonymously to Crime Stoppers at 1-800-220-TIPS. All calls will be kept confidential.